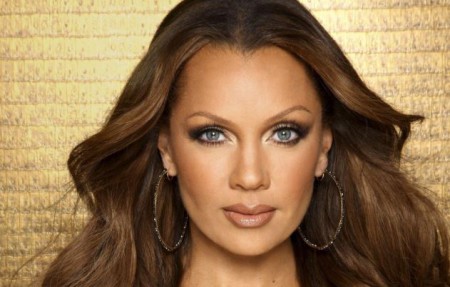 When celebrities are dragged into controversies, they often create more drama to avoid media scrutiny. However, a personality like Vanessa Lynn Williams is a perfect example for women who thinks their career is limited only to a specific time.

Why is Vanessa L. Williams famous?

Williams is an American singer, actress, and fashion designer. She made the history by becoming the first African-American woman to receive Miss America title when she was crowned Miss America 1984 in 1983.

However, after 11 months of her winning the title, a scandal arose. A popular men's magazine, Penthouse published unauthorized nude photographs of her, and she resigned as Miss America in July 1984 under pressure from the Miss America Organization as well.

Despite criticisms, Williams made a triumphant return in the entertainment industry and made a stupendous fortune. The scandal didn't keep Vanessa from having a successful career.

Talking about her education, Williams joined Syracuse's College of Visual and Performing Arts, Department of Drama as a musical theater major. In May 2008, Syracuse granted her a Bachelor of Fine Arts degree.

Fame as a Singer

Williams was known for her singing abilities before she became Miss America. In 1988, she released her debut album, 'The Right Stuff.' Similarly, her second album 'The Comfort Zone' became the most significant success in her music career which earned her five Grammy Awards nominations.

Likewise, with her third studio album, The Sweetest Days, she saw continued commercial success. Some of her notable performances include 'Colors of the Wind,' 'Save the Best for Last,' etc. among others.

A career in Television and Movies

Besides singing, Williams has had a successful career in television as well. She received considerable media attention for her role as Wilhelmina Slater in the ABC comedy series 'Ugly Betty.' Likewise, she also appeared in a lead role of Renee Perry in the series, Desperate Housewives alongside Nicollette Sheridan and Teri Hatcher.

She has also appeared in several blockbuster feature films. In 2007, she appeared in the independent film, 'My Brother' for which she won Best Actress honors at the Harlem International Film Festival. Likewise, for the movie, 'Soul Food,' she received an NAACP Image Award.

Are there two Vanessa Williams?

There is an occasional confusion with the similarly named actress Vanessa A. Williams. Further, the confusion worsened when both actresses starred in the versions of the drama, 'Soul Food.'

Well, Williams appeared in the film alongside, Vivica A. Fox, while Vanessa A. appeared in its TV series adaptation. Later, the Screen Actors Guild eventually decided that both actresses could use the professional name "Vanessa Williams."

Williams has been married three times, and before discussing her past affairs, we will know about her current marital relationship. Vanessa is currently married to a businessman named Jim Skrip, who is from Buffalo.

How did they meet?

The couple first met in Egypt while touring in a cruise in the Nile. Jim was traveling alone while Williams was with her daughter. Afterward, Williams' traveling companion/interpreter suggested her to meet him. Then the couple had dinner together and realized how much they had in common. That's how they began their romantic relationship.

Vanessa and Jim had two weddings. They first married on July 4, 2015, at St. Stanislaus Catholic Church. Jim's annulment was not done yet, so they had to remarry again on May 30, 2016, in a Catholic Church in Chappaqua. Their second marriage fell on a memorial day.

As of 2019, Vanessa and her husband, Jim has been married for over four years. They are at the perks of their married life and are still together without any rumors.

Let's know about Williams' previous marriages and the reason why they failed. She married her first husband, Ramon Hervey II, at St. Francis Xavier Catholic Church in 1987. Just a few years after giving up her crown, Williams married him and gave birth to her first child at this time.

Her first spouse was a public relations specialist who had been hired to revive her career after her resignation as Miss America. After ten years of marriage, they divorced in 1997.

Afterward, Williams married NBA basketball player Rick Fox. They eloped in the summer of 1999 in the Caribbean and had another ceremony on September 1999 in New York City. In August 2004, Fox filed for divorce from Williams, but later they work on screen together several years later on the TV show Ugly Betty.

Similarly, their third child and a first son named Devin Hervey was born on April 14, 1993. Meanwhile, Vanessa has also a daughter named Sasha Gabriella Fox with her ex-spouse, Rick.

All three daughter of Williams is involved in the show business. Melanie and Sasha are actresses, while Jillian is a singer and dancer of the R&B duo, Lion Babe.

Williams made history as the first African American by winning the title of Miss America. Her ten-month reign as Miss America rocked when Penthouse magazine published unauthorized nude photographs of her.

YouTube: Vanessa Williams on Returning to Miss America After Scandal

Williams was pressured to abdicate her title and was succeeded by the first runner-up, Miss New Jersey 1983, Suzette Charles.

In September 2015, Williams served as head judge for the Miss America 2016 pageant. Thirty-two years later, former Miss America CEO Sam Haskell made a public apology to her for the events of 1984.

Williams has written a few books. With her mother, Helen, she co-authored a memoir entitled You Have No Idea, published in April 2012. In the book, she discusses her childhood, including the fact that she was sexually molested by a woman when she was ten years old. Likewise, she also spoke about having an abortion while she was in high school.

The former Miss America, Miss Williams, as a singer, actress, and producer, has a stunning net worth of $28 million. She has sold 25 million records worldwide and has achieved success on Broadway, films, and television. Throughout her career, Williams has amassed a giant fortune. Young model and the 2019 Miss Arizona USA as Savannah Wix also has decent earnings.

She has had several endorsement deals over her careers such as a stint as a spokesmodel for L'Oreal and Proactiv Solution.

As per sources, Williams charges around $100,000 per episode starring in a television series.

Vanessa is the founder of a clothing line called V. by Vanessa Williams, which she launched in March 2016 for EVINE Live.