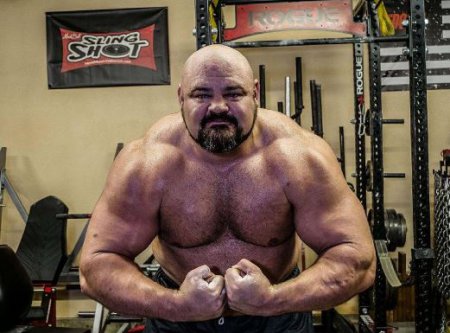 Who is Brian Shaw?

What would you do if you became the world's strongest man? Would you misuse your title or amass global fame and money? Today we are going to talk about an athlete who is the only American strongman to win World’s Strongest Man, America’s Strongest Man, and the Arnold Strongman. We are talking about the 37-year-old, Brian Shaw, an American professional strongman competitor and winner of the 2011, 2013, 2015, and the 2016 World's Strongest Man competitions.

Brain has amassed an impressive net worth and desirable fame from his career. Similarly, he is also relishing his married life with spouse Keri Jenkins Shaw. The couple are proud parents of two lovely children. So, let's know about his early life, personal relationship, and professional career.

Brian Shaw was born on february 26, 1982, in Fort Lupton, Colorado, U.S. He was born to father Jay Shaw and mother Bonnie Shaw. Well, both of his parents were taller than average with his father standing at 6 feet 1 inch and his mother 5 feet 11 inch. Brian attended Lupton High School where he excelled in basketball.

Then, he attended Otero Junior College in La Junta, Colorado. Later, he went to Black Hills State University where he was on a full basketball scholarship and received a degree in wellness management.

Talking about Brian's career, he has won multiple competitions throughout his career. He began his career as a strongman in 2005 when he entered the Denver Strongest Man contest. Brian won the 2011, 2013, 2015, and 2016 World's Strongest Man competitions. Further, he won the 2011, 2015, 2017, Arnold Strongest Classic contest. Likewise, Shaw has won other contest series such as Strongman Super Series, Giants Live, All-American Strongman Challenge.

One of the world's powerful men and America's strongman winner Brian Shaw is a married man. He is happily married to his longtime girlfriend Keri Jenkins. The couple exchanged their wedding vows on July 4, 2015, at the Estes Park resort, Colorado, United States. The intimate wedding ceremony was attended by close family and relatives.

Brian and keri their matrimonial ceremony quite simple but added so many valuable moments throughout the day. They watched fireworks alone as a couple after their vows, danced as a local band played and roasted marshmallows at the reception with their guests.

The couple met through mutual friends as both are very active in the fitness world. They met at an event at Keri's gym around 2014. Just a few months later Brian proposed on a bridge lit by twinkle lights by the Susquehanna River in keri's hometown of harrisburg, pennsylvania. Also, Brian followed it up with a romantic carriage ride throughout the city.

Keri is an athlete as well and she became a community advocate for Barbells for Boobs, a non profit organization for the early detection of breast cancer with an emphasis on women under 40 and men.

On social media fans can see the couple sharing their love for each other regularly. They never misses any chance to showcase their love for their children as well.

Apart from his professional career as a strongman, Brian Shaw earns additional earnings from his YouTube channel. As per socialblade, Brian earns a yearly income upto half a million dollars. Likewise, Brian has several endorsements deals and sponsorships with high profile brands ranging from nutritional supplements provider, vehicle company, to many more.

Brian is the owner of his merch though which he sells several clothing items. Besides, Brian has a beautiful home in his hometown where he has a personal garage gym set up. Besides, Brain's wife is also an athlete and she owns a gym.

Do you know how much Brian Shaw consumes per day? He revealed that every meal is packed with protein and carbs, resulting in a staggering 12,000 calories per day.