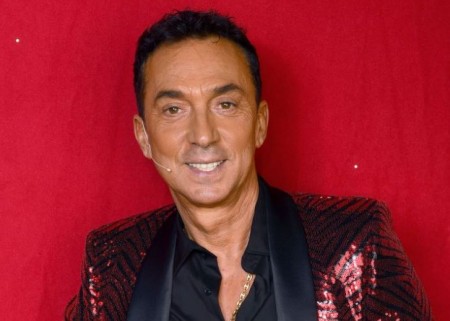 Have you watched the British television dance contest show, Strictly Come Dancing? If yes, then Bruno Tonioli should be a familiar name. The 64-year-old Italian choreographer, ballroom and Latin dancer is a popular television personality.

Bruno is best known for co-creating the BBC talents show, DanceX and its American adaptation, Dance War: Bruno vs. Carrie Ann. Also, he is a judge on ABC TV's Dancing with the Stars.

One of the most famous choreographers in show business, Bruno Tonioli, is not married yet. However, he has been in a relationship with his long-term partner, Jason Schanne.

The couple has been dating since 2010. After two years of relationship, they had a committed ceremony, which was attended by several celebrities. Although fans make a lot of speculations about their marriage, the pair hasn't revealed anything. Stacey Dooley and her dance partner, Kevin Clifton, are also enjoying their relationship.

Unlike Bruno, his partner has successfully maintained a low-key personal life. The couple rarely makes any public appearances. Previously, Bruno was linked up with a young British model named Matt Law. They were seen together at the Mary Poppins Returns premiere, but they denied having a relationship.

The Strictly Come Dancing's judge, Bruno Tonioli, has a net worth of $16 million as per celebritynetworth. He has amassed an impressive fortune through various enterprises. For instance, he earns over $200,000 as a BBC contributor. Likewise, his per episode salary for SCD is $30,000, which undoubtedly contributes to his net worth.

Bruno has been the judge of Strictly Come Dancing since its first show. He appeared alongside Len Goodman and others.

Bruno is a top choreographer and has worked on countless films, plays, music videos, commercials, concerts, trade shows, and television series. Also, he is an author of which a few books have gone on to become bestsellers. In 2012, he published an autobiography entitled Bruno Tonioli: My Story.

The two-story contemporary house includes an open-area floor and sliding glass doors that open to the backyard. The 2,600 sq.ft luxury house also has a living room with a fireplace, a dining room, a center-island kitchen, and a family room.

On September 15, 2020, Bruno posted a picture showing off his natural grey hair via Instagram. He wrote in a caption: "Thank you, my friends, for your comments, silver B."

Further, the dancer appeared on Good Morning Britain and revealed why he decided to embrace his natural hair. He said: “I was thinking about it for a long time, you just basically need to shave your head and start again - this is the time. It’s liberating. I’m glad people like it. It’s so much easier."

As a Top Choreographer

Initially, Bruno started as a freelance Dancer and worked for companies like La Grande Eugene and Lindsay Kemp Company. After entering the music business, he began choreographing for various music videos, stages shows, and tours.

Watch Bruno talking about Dancing with the Stars!

Furthermore, Bruno has been part of several movies and television series in his career. He has appeared in several films and TV shows like The Blonde Bombshell, The Scarlet Pimpernel, The Bill, Murder of a Moderate Man, Oscar, among others.

Bruno was born on November 25, 1955, in Ferrara, Italy, to parents, Werther (father) and Fulvia (mother). His father used to paint cars, while his mother used to stitch upholstery for car-seats. At a young age, Bruno taught himself to dance.