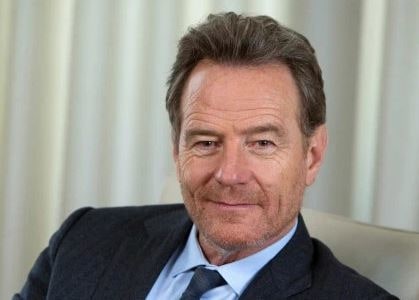 An American actor, producer, director and screenwriter, Bryan Cranston is one of the known names in the Hollywood. Popularly known for his role as a Walter White on the AMC series Breaking Bad from the 2008 to 2013 where he appeared with Steven Bauer alongside Bill Burr.  For his outstanding performance in Breaking Bad he won the Primetime Emmy Award for Outstanding Lead Actor in a Drama.

The versatile actor, Bryan was born in Hollywood, California on 7th March, 1956. He was raised in Canoga Park, California alongside older brother, Kyle and a younger sister, Amy. His father, Joseph Louis Cranston was an actor and former amateur boxer who died in 2014. While his mother, Annalisa Cranston was a radio actress who died in 2004.

Cranston and his love, Robin Dearden met on the set of the series Airwolf in 1984. At the time he was the playing the role of the villain of the week while Robin was a hostage he held at gun point. Within a first encounter both were impressed by one another and started dating each other.

After enjoying five years of dating life, Bryan proposed her in the bathtub and the response was obviously yes. So, they tied knot in the 8th of July, 1989. Most of the Hollywood personality were seen in their wedding ceremony giving blessing to the newlyweds couple.

As of now, the lovebirds is in nuptial bound for over three decades and loves each other's companionship. Robin even has appeared in most of his movies to support him. Before marrying to the actress he was previously in nuptial relationship with the writer, Mickey Middleton in 1977. Within a five years of their marriage the two split in 1982 with a mutual understanding.

The wonderful duo are married for over thirty years, On that duration they're blessed with wonderful daughter, Taylor Dearden Cranston. She was born in 12th February, 1993, just after fours years of their wedding. Taylor is currently twenty-seven-years-old and is working as actress since 2010.

Her notable works includes role as Ophelia in the MTV show Sweet/Vicious and role of Chloe Lyman in the second season of the Netflix mockumentary American Vandal. In 2015 she graduated from University of Southern California having a BA in theater.

Till now she has appeared in more than a dozen of movies and TV series combined together and also played a part of role in his father's successful TV series.

Bryan's Net Worth is in Millions

According to the online tabloids, Bryan's net worth is estimated at $40 Million. During his time at the Breaking Bad he used to earn $225,000 per episode which was one of the highest at that time.

As being the major part in the most of the movies he surely has collected the hefty amount of paycheck. Furthermore, he has directed many TV series throughout his career and most of them are highly rated by the Box office.

Stay tuned to Married Celeb to read more Biographies and Gossips on Actors!!!