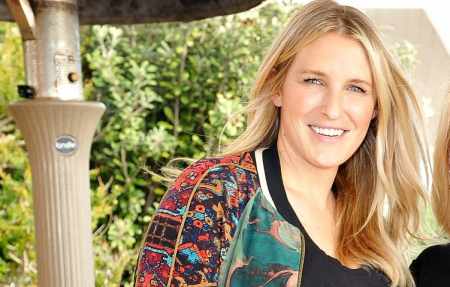 Brynn Cameron is a former American basketball player, best known as the shooting guard for the USC Trojans women's basketball team. Throughout her basketball career, she maintained a total record of 23.5 points with 7.9rebounds, 5.0steals, and 3.5 assists as a redshirt senior.

Cameron was born as Brynn Elaine Cameron on 8th July 1986,in Van Nuys, Los Angeles, California, United States, and was raised in Mormon culture. She is the daughter of Stan Cameron and Cathy Cameron. Cameron grew up with her three siblings, Colby Cameron and Emily Monroy. Find more details about Cameron's personal life in the following.

The couple also became the parents of two children, Finley Elaine Griffin (born in September 2016at Los Angeles hospital) and Ford Wilson Cameron-Griffin (born on 1st August 2013). After the birth of their second child, TMZ magazine named Brynn and Blake as a "Longtime Couple".

During their relationship, the couple found affection and maintained a strong understanding towards each other. They also planned their Pre-nuptial wedding on 28th July 2017. But, their wedding didn't succeed due to some problems arose between them.

Upon their separation, Brynn filed a palimony lawsuit settlement agreement with ex-fiance, Griffin for their two young children. Following in the court, the judge obtained the court documents, which signified the pair should sign an agreement with prejudice on 18th December 2017.

Cameron again sued Blake for abandoning her and their kids to start a new affair with his former girlfriend, who's a supermodel in February 2018. Later, the child support agreement between Blake and Brynn settled amicably, and the settlement agrees with child support payment and custody rights to Brynn.

Former USC Trojans shooting guard, Cameron dated an American football quarterback, Matt Leinart for two years. The couple first met while they were playing their freshman year at the University of Southern California in 2004.

The duo started dating after a year, and eventually Cameron became pregnant by the end of 2005. She later gave birth to a son, Cole Cameron Leinart in October 2006. Shortly after the birth of their child, the couple ended their relationship due to some misunderstandings.

On the other hand, Griffin was romantically involved with an American model, Kendall Jenner in 2017. After dating for a year, they split up. He then started dating an American singer, Madison Beer in 2019. The couple first spotted in West Hollywood, California, while having a candle-light dinner, but after that, they split up.

It was also said that Blake Griffin and Kate Upton, an American model are dating secretly in 2013. However, the rumors turned out to be false when they proclaimed that they're just good friends than nothing else. He was also linked into affairs with Daniella Grace (2012-2013), Kari Klinkenborg and Bethany Gerber.

Brynn Cameron has a net value of $800,000 as of 2019. She earns substantial earnings from her professional works. Currently, she is back-off the basketball court, and her annual payroll is said to be below average.

Griffin earned a total earnings of $192,256,894 from overall 11seasons with Los Angeles Clippers and Detroit Pistons. He is a running into an exclusive deal with an Italy-based brand, Panini America since 2011. He has also done commercials for Kia Motors, Subway, Vizio, and GameFly.

Blake is currently living in his Manhattan Beach, California accommodation, which he bought for $4.15 Million. His habitation features five bedrooms, five bathrooms on 3,598square feet.