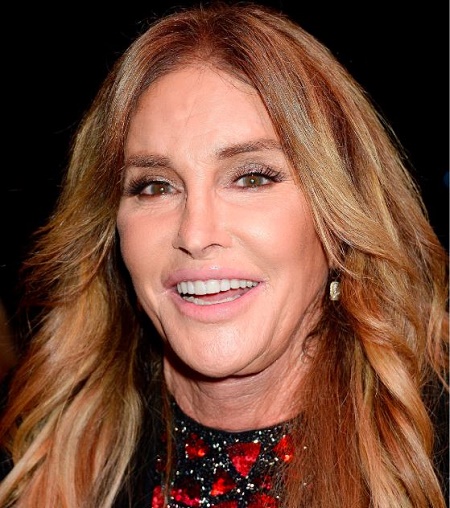 Caitlyn Jenner, formerly known as William Bruce Jenner is a well known TV personality and former Olympic gold Medalist. Today, she is best known as a member of the transgender community after spending the 65 years of her life as a gold medal-winning decathlete, Bruce Jenner.

She was born on October 28, 1949, in Mount Kisco, New York to the parents, William Hugh Jenner, and Esther Ruth. She has two sisters, Lisa, Pam and also had one brother, Burt, who was killed in 1976 in a car accident. She holds American citizenship and is of mixed ethnicity.

Yes, it is very true. Caitlyn who is 70 years now has been married three times in her entire life before to her public gender transition. Initially, she tied the knot with American actor, Chrystie Jenner in 1972.

They had two kids Burton Jenner (born in 1978) and daughter Cassandra Marino (born in 1980). But they ended their relationship in 1981.

Then Jenner went to marry an actress Linda Thompson on January 5, 1981, in Hawaii. The ex shares two kids, Brandon Jenner and Brody Jenner. By February 1986, they had parted their ways after 5 years of marriage.

Jenner then got hitched to Kris Jenner, formerly known as Kardashian, on April 21, 1991, after five months of dating. From their relationship, Caitlyn and Kris has two daughters, Kylie Jenner, born on August 10, 1997, and Kendall Jenner, born on November 3, 1995.

During their marriage, Jenner became the stepparents to Kris' four kids Kourtney, Kim, Khloe, and Robert from her previous union with Robert Kardashian.

But in June 2013, the two had separated but their seperation was announced four months later, in October. In September 2014, the businesswoman, Kris, 64, filed for divorce citing irreconcilable differences. Their divorce was finalized in December 2014 after 3 months of filling.

Yes, you heard that right. In April 2015, Caitlyn Marie Jenner came out openly as a transgender woman. She was actually assigned male at birth and also officially known as William Bruce Jenner.

In July 2015, Jenner had debuted her new image to the public by changing her name William to Caitlyn. She underwent cosmetic surgery and also has completed sex reassignment surgery in January 2017.

In fact, Jenner has been called the world's most popular openly transgender woman since she came out as a trans woman. Plus, she is also one of the world's most recognized LGBT people and perhaps the most famous LGBT athlete.

How Much Net Worth Does Caitlyn Jenner Have?

As of early June 2020, Caitlyn Jenner has a whopping net worth of $100 million. She credits much of her earnings to her work as an entrepreneur, TV host. Well, she 's known for featuring on reality TV shows like Keeping Up with the Kardashians and I'm a Celebrity...Get Me Out of Here.

Today, Caitlyn's making about the salary of $640,000 for her show KUWTK. She was also making $620,000 in the late 2019 form, I'm a Celebrity ... Get Me Out of Here. Plus, throughout her life, she has had several businesses and deals with endorsement connected to her position as an Olympic athlete.