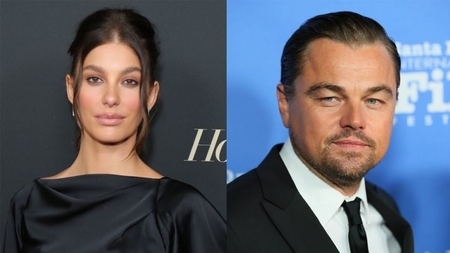 The Titanic star Leonardo DiCaprio and his girlfriend Camila Morrone are centers of many online tabloids news. Since they started dating, many tabloids are feeding their relationship news, and not all of them are true.

According to Ok! Leonardo is seeking help from Brad Pitt for ideas to propose Camila. So, is this real? Are the couple planning to get married? Well, guys, if you're curious to find out more about their mysterious relationship, read along.

The Couple Planning their Wedding!

Leonardo and Camila started dating each other since April 2018. After their relationship became public, many online tabloids are feeding rumors about the couples' relationship. As per some sources, Morrone is giving hints to the Titanic star for an engagement ring.

Well, guys, there is no confirmation of this rumor. According to the actor spokesperson, the lovely couple is head over heels in love, but the wedding is still not on the horizon. As per E!,

"He is very serious with Cami and has been for a while now, but marriage is not something that is on the horizon."

Not just that, another tabloid reports, Morrone and Leo has already met each other's parents. They also went on a vacation together, and Cami is dropping all sorts of hints for an engagement ring. Gossip Cop, however, debunked this story and said the tabloid headline is bogus.

Brad is playing the Matchmaker

Leo sought help from Brad Pitt, who helped the actor to propose Camila. Well, this is the news published on OK!. According to the tabloid, Brad is like a big brother to Leo and is giving tips to the Inception star on how to pop the question romantically without coming across too cheesy.

Well, after doing some research, we can tell that this is a rumor and is incorrect. Despite the proposal story not being right, Brad being the center-figure of their wedding (if it happens) might be possible.

According to the story published in NW, Morrone is pregnant with the couple's first child. In addition to that, the reports also suggest the shotgun wedding of the duo because of the pregnancy.

Well, again, guys, this news is also false. The 22-years-old actress is not pregnant, and there is no make-believe marriage happening. Cami is busy with her career as an actress and looking forward to enjoying the success of her film. Morrone's recent film Mickey and the Bear received wide critical acclamation at the Cannes Film Festival.

The Idea of Marriage Freaks Leo Out!

During his long career in movies, Leo's fans have witnessed his relationship status change quite a few times. In the past, DiCaprio was rumored to be dating his co-star Margot Robbie.

Check out the trailer for Once upon a time in Hollywood featuring Leo, Brad, and Margot!!!

This is not true at all, and there are a couple of such alleged link-ups of the actor. Besides these rumors, Leonardo was supposedly dating Gisele Bundchen, who is currently married to Tom Brady.

DiCaprio has never been married, and the idea of the wedding freaks him out. A close source tells the actor is committed in his relationship, but the marriage is something which is not for the actor. Camila, furthermore, attended the wedding of Justin Beiber and Hailey Bieber.

At the ceremony, Leo did not accompany Camila, and she snapped her photos alone. It looks like DiCaprio freaks out of the wedding too much that he doesn't even attend other's wedding. Just saying, he might be busy in his work. Leo is an environmentalist, an actor, and a producer who received fame after his appearance in Titanic.