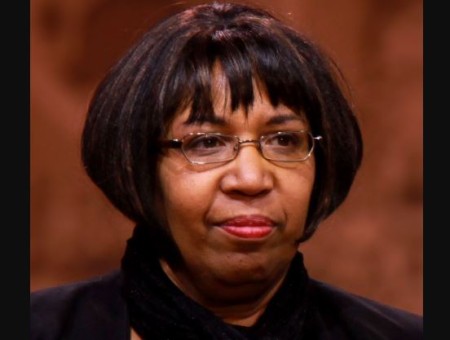 There's a saying, "Behind every successful man, there is a woman." And Ben Carson, a pioneer in the field of neurosurgery, credits his success to his mother and his wife. Today we will be talking about his wife, who is none other than Candy Carson. She is an accomplished woman herself who sat behind the spotlight and supported her family.

Lacena Candy Rustin Carson is an American author, businesswoman, and a former concert violinist. She was born on August 19, 1953, in Detroit, Michigan, the United States. As of 2020, she is 67 years old. After earning her bachelor from Yale University, Candy attended Johns Hopkins Carey Business School and earned her MBA. While at Yale, she was triple major studying music, medicine, and psychology.

Candy has been married to her husband, Ben Carson, since 1975. She first met her future partner while studying at Yale University in the 1970s. As of now, the couple has been married for 40 years. Ben is currently the 17th United States Secretary of Housing and Urban Development.

As mentioned, Candy is a former concert violinist. During her husband's bid for president in 2016, Carson performed the National Anthem during the campaign. At the time, she was active, making frequent public appearances with Ben.

Candy has always supported her spouse by taking care of the family. The duo is proud parents of three sons who are successful in their respective careers.

The former real estate agent and her retired neurosurgeon husband has three sons. However, in 1981, Candy had a miscarriage of twins in the fifth month of her pregnancy.

The oldest, Rhoeyece Carson, is a graduate of the University of Delaware (2008). He works as an associate at CliftonLarsonAllen in Baltimore.

The middle son, Ben Jr., has a background in investment management and is a vice president at Warner Companies. He is the co-founder of a company called 'Interprise Partners.'

The youngest, Murray Carson, graduated with a Master's of Science in Applied Information technology from Towson University. Since 2015, he has been working as a Web Developer at Sinclair Broadcast Group.

Ben Carson: A Pioneer in the field of Neurosurgery

Candy's spouse Ben is considered one of the greatest medical personalities. Back in 1984, he was the youngest chief of pediatric neurosurgery in the United States. His most memorable surgeries include successfully separating a conjoined twin, performing a neurosurgical procedure on a fetus inside the womb, and many more.

For his work in the medical field, Ben has been awarded multiple prestigious awards. In 2000, he received the Greatest Public Service Benefiting the Disadvantaged award. Further, in 2006, he received the Spingarn Medal from the NAACP, their highest honor for outstanding achievement.

How much is Candy's Net Worth?

There is no exact information about Candy Carson's net worth. She served as a conductor for the University of Maryland Medical Center Chamber Players. Also, she has experience working in real estate, trust administration, and insurance. She might have an estimated net worth of $1 million as of 2020. Like Carson, another businesswoman, and author, Deanna Favre also has a decent net worth.

Meanwhile, her husband, Ben's net worth is $30 million as per celebritynetworth. As the secretary of the HUD, his annual salary is over $152,000. Additionally, Ben and Candy has investments in several companies.

The couple also founded the "Carson Scholars Fund," which provides scholarships for college students who do community service work. Their organization has awarded over 6,500 scholarships.

Talking about properties, Carson owns a number of estates. In 2017, he purchased a $1.22 million house in Vienna, Virginia, and sold it in 2020. Similarly, Ben and Candy own property in Maryland, which they bought for $4.37 million in 2016.

Candy has co-authored four books with her husband, among which one is a best-seller. Some of her notable books include "One Nation: What We Can All Do to Save America's Future," which was number one on The New York Times bestseller list for over five weeks.

Further, on January 5, 2016, Candy released her memoir, titled "A Doctor in the House: My Life with Ben Carson," which focused on her life, family, and marriage.

In late 2017, Candy received wide criticism after she reportedly pressured her husband's staff to purchase a dining set worth $31,000. However, as per Carson's spokesperson, Ben didn't know about the order.

How Candy Carson got involved in a controversy?

After the news surfaced in the media, Ben and Candy received extreme criticism. The order was discovered after a HUD official filed a complaint against Mrs. Carson.