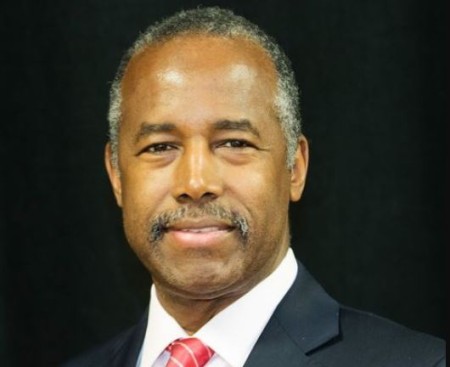 People say they find it challenging to achieve success in more than one professional field. Well, Ben Carson is a distinctive individual who is a politician and author. He is an accomplished neurosurgeon and is considered a pioneer in the field of neurosurgery. Carson proved that with determination and passion, a person's limitation is only their mindset. Also, he has been serving as the 17th United States Secretary of Housing and Urban Development since 2017.

At age 33, Ben became the youngest director of Pediatric Neurosurgery at the Johns Hopkins Children's Center in 1984. He is one of the most respected neurosurgeons, having being named as one of the United States' 20 foremost physicians and scientists. Now, lets' be familiar more with his personal life and other achievements.

Benjamin Solomon Carson Sr. was born on September 18, 1951, in Detroit, Michigan, the United States. He is 68 years old as of 2020. His father, Robert Solomon Carson Jr., was a World War II veteran and later worked as an automobile plant laborer. His mother, Sonya Carson, was very young when she married Robert.

Ben and his older brother, Curtis, moved with their mother to live in Boston after learning that their father had a family and hadn't divorced his first wife. While in his initial years of school, Carson was an average student.

Ben attended Southwestern High School and later joined Yale University. He got a full scholarship that covered his tuition, room, and board. Ben graduated with a B.A in psychology from Yale in 1973.

Carson has been married to his wife, Candy Rustin Carson, an author and businesswoman since 1975. The couple first met while studying at Yale University in 1971. Ben and Candy has lived as husband and wife for 45 years.

One of the famous couples in the state, Ben and Candy share three children. In 1981, Candy had a miscarriage of twins in the fifth month of her pregnancy. At present, their three sons are successful in their respective careers, and they are married as well.

Although she is the wife of a famous personality, Lacena "Candy" Carson has quite an impressive resume in her own right. The 67-year-old, Candy was a triple major at Yale studying music, medicine, and psychology. Further, she also works as a real estate agent.

Their oldest son Rhoeyce graduated from the University of Delaware in 2008. He works as an associate at CliftonLarsonAllen in Baltimore.

Their second son, Ben Jr., has a background in investment management and is a vice president at Warner Companies. He is the co-founder of a company called 'Interprise Partners.'

Their third son, Murray Carson, graduated with a Master's of Science in Applied Information technology from Towson University. Since 2015, he has been working as a Web Developer at Sinclair Broadcast Group.

Dr. Ben Carson has a net worth of $30 million as per celebritynetworth. As of now, he has retired from his long professional journey as a neurosurgeon. Currently, he is active in politics and is serving as the U.S. Secretary of Housing and Urban Development. As per sources, Ben earns an annual salary of over $152,000. Do you know senator, Elizabeth Warren also voted him as HUD secretary?

Apart from his professional earnings, Carson and his wife has investments on several companies. Additionally, Ben is an author, speaker, business relationship consultant, and he frequently makes media appearances. As a member of the boards of Kellogg and Costo Wholesale Corp, Carson earned between $2 million-$10 million before his presidential bid.

Talking about properties, Carson owns a number of estates. In 2017, he purchased a $1.22 million house in Vienna, Virginia, and sold it in 2020. Further, the Carsons couple also owns a property in Maryland, which they bought for $4.37 million in 2016.

Candy, along with her husband, founded the Carson Scholars Fund to help provide scholarships for college students who do community service work. To date, their organization has awarded over 6,500 scholarships. In 2005, Carson received the William E. Simon Prize for Philanthropic Leadership for his work.

Throughout his career, Ben has been awarded multiple prestigious awards. In 2000, he received the Greatest Public Service Benefiting the Disadvantaged award. Likewise, in 2006, he received the Spingarn Medal from the NAACP, their highest honor for outstanding achievement. Additionally, the list goes on!

Not only awards, but there have several books written about his skills and career. One of them is Gifted Hands: The Ben Carson Story. The book was later adapted into a television movie that aired in 2009.

Pioneer in the field of Neuro-Surgery

There is no doubt that Carson is considered as the pioneer in the field of neurosurgery. He was the youngest chief of pediatric neurosurgery in the United States back in 1984. Further, he successfully performed some of the impossible operations in his career.

On September 7, 1987, Carson successfully separated a conjoined twin named, Patrick and Benjamin Binder. Although the twins were separated, the boys remained with some disability. Like Carson, Dr. Maria Siemionow is a pioneer surgeon who performed the first face transplant on a woman.

Carson's other memorable surgeries include performing the first successful neurosurgical procedure on a fetus inside the womb, developing new methods to treat brain-stem tumors, etc. For his works, Ben has received over 60 honorary doctorate degrees and several national merit citations.