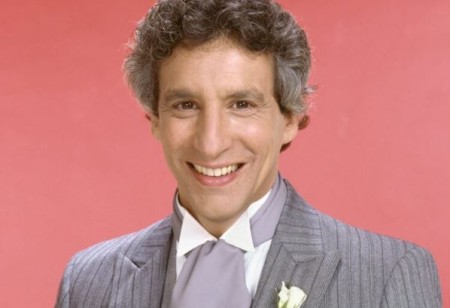 Charles Levin was an American actor who became known for his work on television, movies, and stage. His memorable performance was as the mohel in the hit sitcom, Seinfeld. More prominently, Levin was famous for portraying Elliot Novak on the series, Alice. Likewise, He appeared in multiple shows as a guest star.

Charles Herbert Levin was born on March 12, 1949, in Chicago, Illinois, the United States. He died on June 28, 2019, at the age of 70. There were certain specifications about his death, but it was stated that the actor died from an accidental fall. To know more information about him we suggest you stay with us until the end.

Why was Charles Levin Popular?

Charles was active in the entertainment industry for over two decades from 1975–1998. He began his career with small roles in independent movies. In 1975, Levin appeared in Stage 6 of the independent animated film, Everybody Rides the Carousel.

Charles' final film role was of a geologist in the 1998 movie, A Civil Action. From 1982-1986, he appeared on a serial police drama, Hill Streer Blues, in a recurring role of Eddie Gregg. A few of his memorable works are Between the Lines, Manhattan, Do You Remember Love, The Bris, etc.

Charles' wife had died in an accident

The late actor was married to actress, Katherine De Hetre. They were married from 1983 to 2007 for 18 years. Unfortunately, Katherine died in a car accident on December 29, 2007, in California. Levin's wife was an actor who graduated from the Yale School of Drama in 1971.

Katherine was known for appearing in movies such as Being There (1979), Meteor (1979), and The Six Million Dollar Man (1974). It is not known how and when did Charles meet Katherine. However, the late couple had two sons named, Ben and Jesse Levin.

The Seinfeld actor, Charles Levin, had a net worth of $500,000 at the time of his death. Although he retired from acting in 1998, Levin had made decent earnings. The primary source of his income was his work in television and movies. Do you know George Shapiro was one of the producers of the Seinfeld?

There is not much information about Charles' properties. However, he lived in a rented home in Grants Pass worth $239,000.

On July 8, 2019, Jesse filed the missing report of his father, who last communicated with him on June 28. The police found Levin's body in a forest in Grants Pass, Oregon, on July 13.

As per Jesse's statement to Dailymail, he believed his father was suffering from emotional problems. It was found that Levin had driven his Fiat even after the car was destroyed when driving into the country road. Levin had walked into the forest where the police found his body along with his dead dog.

Further, Jesse said: 'I believe something happened mentally and it was a tragic accident, where he got so lost he couldn't make his way back.' Levin's death was ruled out as an accident four months after his remains were found in Southern Oregon. Like Levin, another famous personality, Rob Bironas, also died in a car accident.