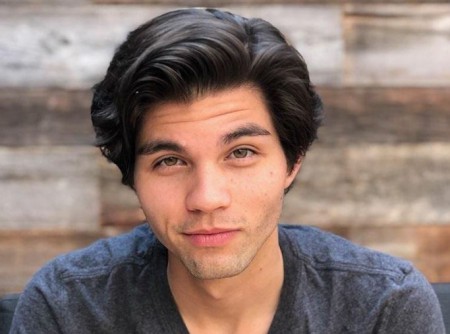 Who is Chase Austin?

Today we are going to talk about an energetic and young actor named Chase Austin, who is perhaps best known for providing the voice for Young Sam Drake in Uncharted 4: A Thief's End. Also, he has appeared in several television roles including 2 Broke Girls, Two and a Half Men, Mighty Med, among others.

The 26-year-old actor, Chase Austin has a decent amount of net worth and earns a hefty sum of income. He was romantically involved with the Thundermans actress, Kira Kosarin from 2014-2015.

Chase Austin was born on April 10, 1993, in Clearwater, Florida, U.S.  There are not much information available about his family history and educational background. However, his father is a former professional baseball player. Additionally, Austin grew up with brothers Shane, Ty, and Tanner.

Chase performed on stage when he was 12 years old in a production of To Kill a Mockingbird. Early in his career, Austin made guest-appearances on the shows Southland and House M.D.

Austin has appeared as guest characters on several television shows including Club, Two and a half Men, Shake It Up, Mighty Med, The Thundermans, etc.

In 2016, he provided his voice for a character called Young Sam Drake for a video game called 'Uncharted 4: A Thief's End.'

The 6 feet handsome actor, Chase Austin is currently single. He might be searching for a suitable partner whom he can call his girlfriend. Also, he is extremely focused on his professional career at the moment rather than being in a relationship.

As mentioned, Chase is probably single he doesn't have a girlfriend at the moment. However, he dated Kira Kosarin, an actress from 2014-2015. The duo was fan's favorite and their chemistry was highly appreciated.

The former couple didn't hesitate to show their feeling for one another. However, they broke up in December 2015. Currently, the duo has remained as best friends. For your information, Kosarin is now rumored to be dating actor, Jack Griffo.

After separating from Kosarin, Chase hasn't been linked with any girls. Neither he is spotted with any of his co-stars.

The young actor has amassed a decent net worth from his professional career. As of 2019, Austin has a net worth of $500,000 which he made through acting. He has appeared in many television shows in guest roles.

Sadly, Austin hasn't got a major breakthrough which holds back his career. However, he still has a lot to achieve and in the coming days, his net worth might increase.

How much is Chase Austin's Income?

Chase has a decent fan following on social media. As of August 20, 2019, he has over 2.4k Twitter followers, nearly 62k Instagram followers, and 1.2k Facebook followers respectively.