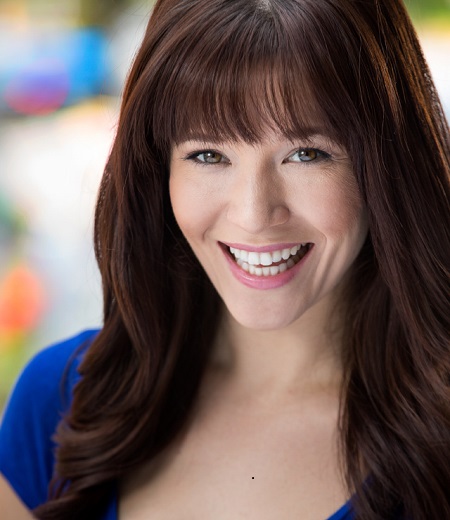 If you are regularly watching the latest Netflix TV series, Outer Banks? Then Chelle Ramos must not be a new face to you who portrays as Deputy Plumb in four of the 10 hour-long episodes of the series. She is an American actress who is famous for starring as Detective Josephine Alvarez in Saints and Sinners (2016), and as Sara Williams in The Purge (2018-2019).

She was born on 24 November 1991 in Pensacola, Florida, the United States as Michelle Ramos. As per her citizenship, she is American and is of Asian and Caucasian ethnicity. However, there is no information about her family and education background to the media.

The 28 years old Chelle is reportedly unmarried woman so there is no chance to have a husband. Right now, she hasn't exposed anything regarding her intimate stuff to the media. So it's hard to figure out whether she is romantically linked to any guys or not.

Ramos, the 5 feet 6 inches tall is not dating anyone and seems to be living a happy single life. Moreover, there is no information concerning her romantic past affairs as she hasn't clearly revealed to the media until now.

As of now, Chelle is more committed only to her profession rather than involving in any dating games. Further, she mostly shares beautiful hanging out images in various exotic places with her friends and family on her Instagram wall. Now, she lives in Atlanta, GA.

Net Worth and Earnings Of Chelle Ramos

Working in the entertainment sector for a long time, Chelle makes a suitable amount of fortune. Her net worth is estimated at around $600 thousand as of early 2020. She has garnered her significant assets through her successful acting work.

Apart from acting, she is represented by manager including The Alexander White Agency, and Jane Berliner at Authentic Talent.

Well, the American action-adventure mystery teen drama, Outer Banks was premiered on April 15, 2020, on Netflix. It was created by twin brothers, Josh and Jonas Pate, born in Winston-Salem. And if you guys have watched the 1st season then you are surely familiar with Deputy Plumb, played by Chelle.

In July 2020, the show was renewed for a second season. Other Cast and characters of the show are Madelyn Cline as Sarah Cameron, Madison Bailey as Kiara, Jonathan Daviss as Pope, Austin North as Topper, Drew Starkey as Rafe Cameron, Rudy Pankow as JJ, Caroline Arapoglou as Rose, and others.

More, Ramos has featured in TV series such as Deputy Plumb, Tell Me Your Secrets, The Purge, The Gifted, Blood Brother, Shades of Blue, Cloak & Dagger, Valor etc.