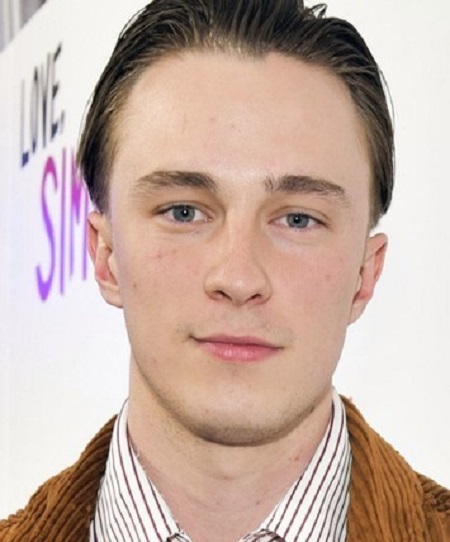 If you are a regular viewer of Netflix's TV series, Outer Banks? Then Drew Starkey is not a new name for you who is playing the lead character, Rafe Cameron, since 2020. He is an American actor who is also famous for his role Hawkins in the VH1 series Scream in 2019.

He was born on 4 November 1993 in Hickory, North Carolina, United States. He is the daughter of Jodi Ballard Hutto and Todd Starkey, the basketball coach at Kent State University in Ohio. After their divorce, Jodi remarried to Brian Hutto. He has two sisters Brooke, and Mackayla Starkey and one brother Logan Starkey. Drew attended the St. Stephens High School and graduated from Western Carolina University in 2016.

He has a Girlfriend

Yes, you have read that correctly. 26 Years old Actor, Drew mostly keep his personal things a private or under wraps. But according to his Instagram post, he seems to be dating his Love Is the Longest Con co-star Claire Van der Linden.

Back on March 14, 2014, Starkey posted the photo with his love of life Claire at the beach where he wrote: "Hey...we're at the beach". Hence, they are together for more than six years as per his post. But since then, he has never posted pictures of two on his IG wall.

It seems the couple wants to keep their love romance in the private right now. We can assume that they are enjoying their love relationship privately without any problems. By profession, Liden is an actress who is best known for her work in The Radical Notion of Gene Mutation (2014), Knives and Skin (2019), and Empire (2015).

How Much Is Drew Starkey's Net Worth?

The North Carolina native Drew has successfully achieved a considerable amount of fortune throughout his acting work. As of early 2020, her total net worth is estimated to be around $800 thousand. He has credited for his wealth to his entertainment career goes beyond acting for a few years.

In the meantime, an artist receives an average annual salary of $56,662 in the United States. So, his profits must be in the same category. Nevertheless, his best acting credit is the latest television series, Outer Banks. Thus, Starkey might get $20 thousand per episode for his character.

His depicted film Love, Simon has grossed $66 million worldwide on the estimated budget of $10–17 million. His next film Just Mercy also earned $50.4 million.

As an actor, Starkey has made appearances in several television shows and as well as movies. Likewise, he made his acting debut with a romantic comedy film Love, Simon in 2018 where he played the role of Garrett.

Moreover, he has performed in short films like The Hate U Give, Limbo, Extended Stay, The Devil All the Time, Embattled, etc. But, he gained worldwide fame when he got a chance to play as a regular cast member of 2020 Netflix Series Outer Banks.

Drew plays Rafe Cameron, older brother of Sarah, which is played the Madelyn Cline. Some of the other main casts of the show include Madison Bailey as Kiara, Jonathan Daviss as Pope, Austin North as Topper, Rudy Pankow as JJ, Caroline Arapoglou as Rose, and others.

His other TV series credits are Good Behavior, Valor, The Resident, Doom Patrol, Scream, Dolly Parton's Heartstrings and few others.