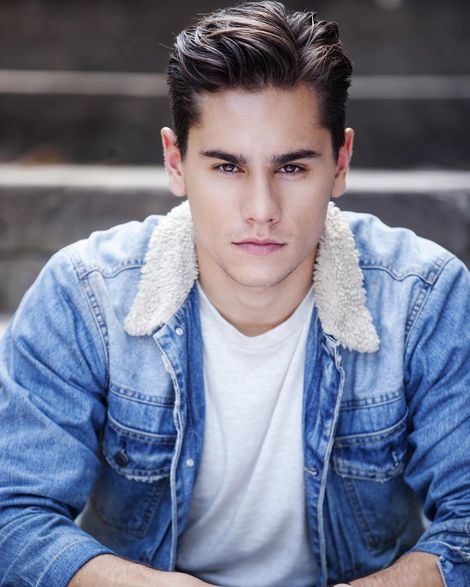 Ever watched Starz television series, Spartacus: War of the Damned? If you have then you must have known the Australian actor, Christian Antidormi who played the role of Marcus Crassus in the fourth and final season. He is also known for his roles in several TV shows like Home and Away as Jaden Post and As The Bell Ring as Vince.

Christian Antidormi was a trending name after he appeared at the Men Of Science Fiction Book Release Party at Cinematic Pictures Gallery recently.

The famous Australian actor, Christian Antidormi was born on 20th May 1992 in Sydney, Australia. As of 2019, he is 27 years old.  Likewise, Antidormi holds Australian citizenship and is of white ethnicity.

As per his Instagram, he has one younger sister named, Gemma Antidormi.

At an early age, Antidormi was interested in singing and led him to continue his career. He also worked as a part-time Hip-Hop teacher at All Starz Performing Arts Studio in Sydney in his early days.

In addition, he took the route of film and television and took countless acting lessons at some of Australia's leading acting colleges like TAFTA (The Australian Film and Television Academy) and Young People's Australian Theatre.

As The Bell Ring 's star is not dating anyone currently and has no girlfriend as well. Going through Antidormi's Instagram post, he often shares photos only with his colleagues and co-stars.

In leisure moment, he frequently tours various locations and also shares his experience by post. It thus suggests that Antidormi is living a single life.

Besides this, the actor is found workaholic which made him one of the well-known actor or Australia. So, instead of finding a lover, he's just concentrating on his profession.

Christian Antidormi's main source of income is his acting career. As of now, the Australian actor has a staggering net worth $1 million quite similar to other Australian actors Desmond Chiam and James O'Halloran who have a net worth of $750,000, and $2 million respectively.

Antidormi earns around $500,000 yearly as an actor portraying in various movies and TV series. Likewise, he is best known for the starring role of Vince in Disney Channel's comedy series As The Bell Rings.

In the show, Christian worked with famous celebrities including Demi Lovato, Tony Oller, Seth Ginsberg, and Carlson Young. Demi is a professional singer who has a huge net worth of $33 million.