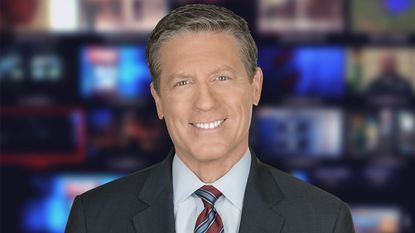 Corey McPherrin is the reporter for WFLD TV's morning news in Chicago. He's the longtime Good Day Chicago anchor. McPherrin has been involved in the world of journalism for over 42 years. Previously, he served as a sportscaster and was a WBBM-TV main sports anchor. McPherrin began his broadcasting career in 1977 at a television station in Davenport, Iowa

Born on March 10, 1955, in Markham, Illinois, United States. McPherrin graduated from Hillcrest High School in Country Club Hills, Illinois. Afterward, he got a bachelor's degree in radio and television from Butler University in Indianapolis. He used to be the president of Butler's chapter of the Sigma Chi fraternity and had participated on the school's swim team and worked on Butler's radio station, WAJC.

The 64-years-old anchor is an eligible bachelor. According to the sources, he is single and as per 2020, he is not dating anyone.

Despite his secrecy about his dating life, we know he was previously a married man. Want to know more about his ex-wife, read along.

News Anchor Corey was once married to a stunning beauty, Sally Mcpherrin. However, Corey has not spilled any bean regarding his previous wife and married life.

Evidently, there is no information when and where they got married but we do know that after spending almost two decades the love birds got separated in 2016.

As per now both of them have moved on and have a sound career in their own field. But before getting separated they welcomed two children in their life. Wanna know about them, keep scrolling.

Father Of A Two Children

Although Corey is having a single life he is blessed with a adorable daughter Margaret McPherrin who has just cleared her bachelor's degree. It seems like Corey has got custody of her daughter and had raised in a quite good way.

Recently, he shared a picture where he spotted attending her daughter's graduation ceremony. Furthermore, there is not much details about his second child, Jack Mcpherrin. It looks like his ex-wife has got custody of their second child.

Maybe that is the reason there is no information regarding his second child. Just scroll down to know about his surgery.

Suffered From An Awful Illness

McPherrin underwent surgery to replace an aortic valve in 2017. During that time  He was admitted in the hospital for a long time. As his aorta became insanely large, he got the surgery to minimize it.

In one of the interview, he admitted that he was a victim of that diseases since his early age. In the beginning, he did not care much but as he got older his diseases starts to take over. As a result, he went for surgery.

How Much Is His Net Worth?

Being one of the most familiar faces as a news anchor, Corey have gained a good amount of wealth and fame through his professional career. As per 2020, his net worth is estimated at around $1.5 million, just like John Stofflet who owns $300,000.

Furthermore, he has also worked in a Fox Chicago News at Nine, co-hosted the Bears pre-game show in Fox Kickoff Sunday as well as Sunday night wrap up the show. Through these shows, he must be earning thousands of dollars. In addition, his colleague Rafe Weigel earns a salary of $76,000.

Take a look at Married Celeb!!! Where You Can Find Your Favorite Biographies & Articles.