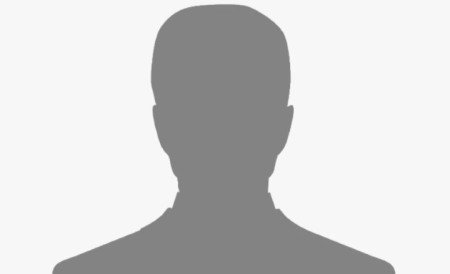 Former American Idol contestant, Nikki McKibbin died on November 1, 2020, after suffering from a brain aneurysm. She appeared in the first season of American Idol in 2002 and finished up third. Craig Sadler is Nikki's husband who was married to the late rock singer/songwriter for a long time.

As Sadler is best known as the husband of late McKibbin, there is not much information about him. Also, he hasn't revealed anything about his family background. Craig is a Texas native and he might be in his mid-40s.

Was married to Nikki McKibbin

Craig Michael Sadler was married to Nikki McKibbin since July 13, 2007. They were old-time friends who later reunited in Texas. Craig and his late wife Nikki were a perfect match for each other. Both of them loved rock music and Craig became an important part of Nikki's life by helping her overcoming drug and alcohol addiction.

The couple shared children from their previous relationships. Nikki gave birth to her son, Tristen Cole Langley, while she was 19. She never revealed the father's identity. Likewise, she was married to Joshua David Ozment from July 2001 until 2002. On the other hand, Craig was also previously married and has a daughter named, Letti Alyssa.

There is no information available about Craig Sadler's net worth and income. He became known as Nikki's loving husband in the general media and public. Therefore, it is not known in which profession Sadler works. Meanwhile, his late singer/songwriter wife had a net worth of $400,000 at the time of her death.

Craig rarely appeared in public and media, so there is not much information about his career. He was said to have worked as a roller skater coach back in his young days.

In 2008, while making an appearance on the VH1 reality show, Celebrity Rehab with Dr Drew, Nikki revealed she was abused sexually, physically, and emotionally as a child. At 16 she became an alcoholic and began following in her mother's addiction footsteps.

Further, Nikki didn't stop even after she gave birth to her first son. She also used to take drugs but later she overcomes addiction and became sober.

On October 28, 2020, Nikki suffered from a brain aneurysm and was taken off life support on November 1, 2020. She died at age 42. Craig wrote a heartfelt message for his late wife while several artists paid tribute on social media.

American Idol wrote: "Nikki McKibbin was an incredible talent and we are deeply saddened by the news of her passing. She was part of our American Idol family and will be truly missed. Our hearts and prayers go out to her family and friends during this difficult time."

Nikki who appeared in the singing competition back in 2002 finished third behind Justin Guarini and winner Kelly Clarkson.