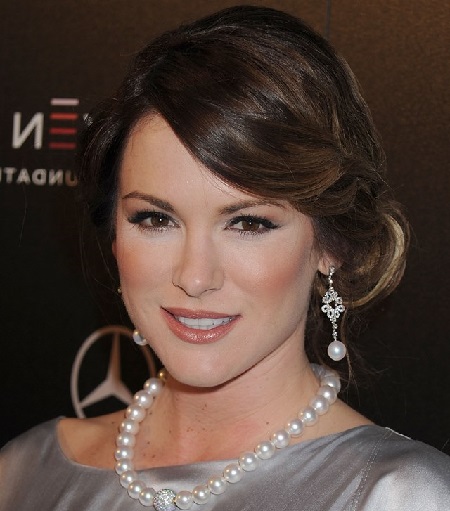 If you watched the popular American series, One Tree Hill on the WB, merged later with The CW? Then Danneel Ackles, before professionally known as Danneel Harris must not be a new name for you. She portrayed the main character of Rachel Gatina from 2005 to 2010.

American actress and model, Danneel is also well known for her role Shannon McBain on daytime soap opera series One Life to Live in 68 episodes from 1999 to 2004. Before starting her career in acting, she started off the modelling with several companies such as Juicy Jeans and Big Sexy Hair.

Who is Danneel Ackles' Husband?

He is none other than, American actor, Jensen Ackles, born on March 1, 1978. He is famous for portraying as Dean Winchester in The CW horror fantasy series Supernatural.

Aged, 41, Danneel met her future husband, Ackles, 42, on the set of the romantic comedy Ten Inch Heroin 2007. They have been together ever since. After three years of love romance, they became engaged in November 2009.

On May 15, 2010, Saturday, the lovebirds walked down the aisle in a private outdoor ceremony., Their big day took place at The Rosewood Crescent Hotel in Dallas surrounded by their family and friends. The bride donned in a stunning strapless white gown from Monique Lhuillier's 2010 collection while the groom chooses traditional dress.

Jensen's Supernatural costar Jared Padalecki served as groomsmen while Danneel's One Tree Hill costars like Hilarie Burton, Bevin Prince, and Elisabeth Harnois served as bridesmaids. But the newlyweds said that they had no time for a proper honeymoon so they spent their wedding night at the hotel.

How Many Children Does She Have?

Altogether, Danneel and her husband of 10 years Jensen shares three beautiful babies from their union. After six years of wedlock, they announced that were expecting their first child together on January 7, 2016.

On May 2013, their daughter Justice Jay Ackles was born. Again the duo shared the good news that they are expecting twins together. Finally, their twins, a daughter Arrow Rhodes Ackles, and a son, Zeppelin Bram Ackles were born in December 2016.

Before Jensen, the 5 ft 7 inc tall model was in a romantic love relationship with the actor, Riley Smith, 42. He is also one of Jensen's good friend.

Elta Danneel Gaul and her former love Smith had dated each other for almost four years from 2002 to 2006. On the other hand, her spouse, Ackles was also rumoured to be hooked up with country musician LeAnn Rimes in 1997. Then in 1998, he was romantically linked with singer Jessica Simpson in 1998.

Danneel Ackles has a whopping net worth of $3 Million as of 2020. She has accumulated her fortune throughout her acting and modelling work. Well, she is active in the entertainment industry for almost 17 years.

As per her salary, Harris reportedly received $7,000 per episode for her recurring role in One Tree Hill in seasons 3, 5, 7. Further, she might be earned around $5,000 per episode from ABC's TV series One Life to Live. Apart, she represented as a model for Juicy Jeans and Big Sexy Hair.

Not only this, but she also starred the recurring role of Sister Jo / Anael in Supernatural from season 13 to 15. Whereas her husband, Jensen's net worth stands at $14 Million, which he has earned from his acting career. Further, he reportedly makes the salary $175,000 per episode fo his role Dean Winchester in The CW show Supernatural.

She was born on 18 March 1979 in Lafayette, Louisiana, the United States as Elta Danneel Graul. She was named after her paternal great-grandmother. Her dad, Edward E. Graul Jr. work as an ophthalmologist and her mother, Deborah Graul is an interior designer.

Harris grew up in the small town of Eunice in St. Landry Parish alongside her brother Gino Graul. To continue a modelling career, she moved to Los Angeles. As per her citizenship, she is American and belongs to the white ethnicity.