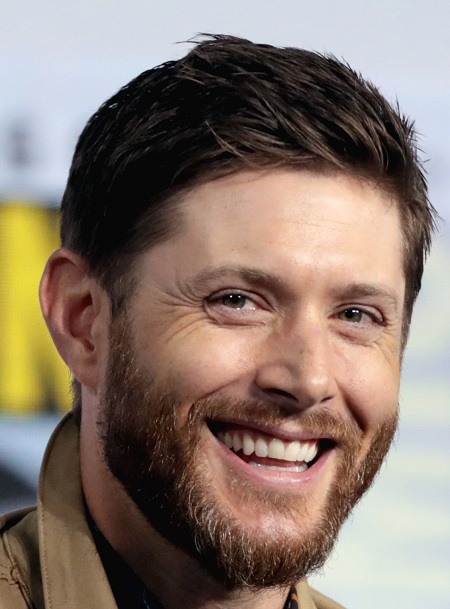 If you guys are a regular viewer of The CW horror fantasy series Supernatural? Then you surely familiar with the name Jensen Ackles who portrays the main character of Dean Winchester from season 1, originally released on September 13, 2005.

American actor, Ackles is also famous for portraying as Eric Brady in Days of Our Lives from 1997 until 2000, starring Drake Hogestyn. Further, he provided the voice of Jason Todd in the animated hit film Batman: Under the Red Hood in 2010.

Forty-Two years old Jensen is a happily married man. He tied the knot with his girlfriend turned wife, Danneel Ackles, before known as Danneel Harris. She is an actress and model who is famous for playing the role of Rachel Gatina on the WB/CW TV drama series One Tree Hill.

Ackles and Harris, 41, first met on the set of the romantic comedy Ten Inch Hero in 2007 and have been together ever since. After three years of love romance, they became engaged in November 2009. And finally, the couple became husband and wife on May 15, 2010, Saturday.

Their big day took place at The Rosewood Crescent Hotel in Dallas surrounded by their family and friends. The bride donned in a stunning strapless white gown from Monique Lhuillier's 2010 collection while the groom chooses traditional dress.

Jensen's Supernatural costar Jared Padalecki served as groomsmen while Danneel's One Tree Hill costars like Hilarie Burton, Bevin Prince, and Elisabeth Harnois served as bridesmaids. But the newlyweds said that they had no time for a proper honeymoon so they spent their wedding night at the hotel.

Yes, Jensen and his wife of 10 years, Danneel are proud parents of three beautiful babies. On January 7, 2016, Jensen and Danneel announced that they were expecting their first child together after six years of wedlock.

On May 2013, their daughter Justice Jay Ackles was born. Again the duo shared the good news that they are expecting twins together. Finally, their twins, a daughter Arrow Rhodes Ackles, and a son, Zeppelin Bram Ackles was born in December 2016.

Before sharing an intimate bond with Danneel, the 1.86 m tall actor has been linked with several women in the past. Ackles initially rumoured to be hooked up with country musician LeAnn Rimes in 1997.

Starting an acting career in 1996, Jensen has successfully amassed a huge amount of money. He shares an impressive net worth of $14 Million as of 2020. He has earned his wealth from his two decades of an acting career.

Ackles reportedly makes the salary $175,000 per episode from theThe CW show Supernatural. He portrays as Dean Winchester alongside Jared Padalecki as Sam Winchester, the series reflects the two brothers as they hunt demons, monsters, and other supernatural animals.

His other hit TV series includes Mr. Rhodes, Days of Our Lives, Dark Angel, Dawson's Creek, and Smallville. Asides TV series, he has appeared in the big screen such as My Bloody Valentine 3D, Batman: Under the Red Hood, and Devour.

His 2009's film My Bloody Valentine 3D has grossed $100.7 million worldwide on a budget of $14 million. On the other hand, his wife, Danneel Ackles' net value stands at $3 Million, which she has earned from acting and modelling gigs.

Jensen was born on 1 March 1978 in Dallas, Texas, the United States as Jensen Ross Ackles. His parents are Alan Roger Ackles, an actor and Donna Joan Shaffer-Ackles. Further, he has an older brother named Joshua Ackles and a younger sister named Mackenzie Ackles.

Then he was planning to study at Texas Tech University in sports medicine but didn’t pursue it. Then, he moved to Los Angeles to start a career in acting. So far, he holds American citizenship and is of white ethnicity.