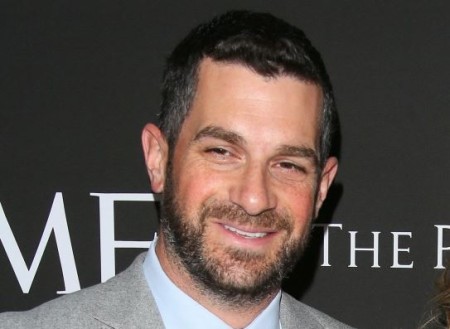 Dave Bugliari is a famous American Hollywood agent with Creative Artists Agency. He became the talk of the town after getting married to the prominent Hollywood actress, Alyssa Milano. She is known for her performances on films such as Who's The Boss? and Melrose Place.

The well-known agent, Dave, was born on 17 December 1980 in New Jersey, the USA, under the birth sign, Sagittarius. Moreover, he belongs to the white ethnic background and holds an American nationality. Besides his bio, if you are curious to know about his personal life, then read the article until the end.

The 40 years old Hollywood agent, Dave, is a married man as of 2020 as he is happily wedded to the love of his life, Alyssa Milano. The duo walked down the aisle on 15 August 2009 and pronounced husband and wife in front of their close friends and relatives. Their marriage ceremony was held at Bugliari's home in New York Jersey. Furthermore, one of his brothers, Anthony Bugliari, is married to Catherine Ann.

Alyssa is a famous Hollywood actress who rose to fame after playing the role of Samantha Micelli in Who's the Boss? Alyssa was one of the clients of Dave back in the 2000s. From the business relation, their relationship evolved into a romantic one. After dating for some years, they were engaged in December 2008.

Yes, Dave shares two kids with his wife, Alyssa. After two years of marriage, they welcomed their first child, a son named Milo Thomas Bugliari, on 31 August 2011 in Los Angeles. As of now, he is nine years old. Similarly, their second child, a daughter, Elizabeth Dylan Bugliari, was born on 4 September 2014, weighing 7 oz. She is six years old as of 2020.

Undoubtedly, the two kids must be attending their elementary school. Dave is seven years younger than his wife, Alyssa, and Milano has dated a couple of actors such as Brian Krause, Cinjun Tate before marrying Dave. The happy family of four currently resides in New Jersey. Furthermore, the lovey-dovey couple is keeping themselves away from media and unwanted rumors concerning their love life.

Back in 2017, the couple, Alyssa and Dave, sued a $10 Million lawsuit against their former business managers, Kenneth Hellie and Jamie Williams, for fraud and breach of fiduciary duties. They claimed that their advisor failed to pay bills on time, forged signatures, and mismanaged their money.

Against their case, the firm also cross-complaint and alleges them of spending excessive money despite repeated warnings. However, their lawsuits were successfully settled with their business managers for an undisclosed amount of cash, said Milano's attorney, William Briggs.

Back in 1998, Milano sued adult websites for unauthorized use of nude images from her films.

How Much Is The Net Worth Of Dave Bugliari?

So, being an experienced and popular agent, he might be making over $500,000 per year. His fortune is going to rise in the coming days as he is still active in his professional career. On the other hand, his wife, Alyssa, is $10 Million as of 2020, which she earned from her career as an actress. Her net worth is similar to the American-Brazilian actress, Jennifer O' Neil.

Besides, she is also a producer and singer and might be making a decent amount of money from it as well. Without a doubt, Dave must be living a lavish lifestyle along with his wife and children.