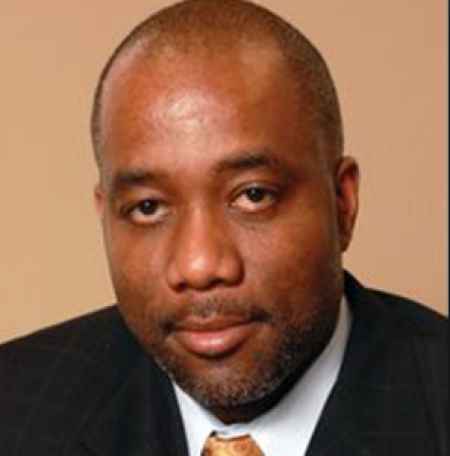 Who is Dave Hall?

Dave Hall is an American music director and producer known for his soothing music. He has worked with some of the finest musicians like Mary J. Blige, Madonna and many more.

Hall was one of the first musicians to produce remix series back in the early '90s.

Hall was born in 1967 in the United States. He holds an American nationality and belongs to African-American ethnicity. There are no details regarding his parents.

Concerning his education, Dave Hall went to Mt Vernon High School and graduated in 1986. After completion of his High school education, he went on to pursue a career in music. He then established his band titled Numb. Likewise, he went to the City University of New York-Herbert H. Along with his music, he also established his record label Stone Jam Music Inc.

With a booming career, Hall produced for some of the talented musicians including Dante Ross, DJ Eddie F, and Teddy Riley. Some of his much-celebrated works include Everything, Music Box, Let's Get It On, Changing Faces, Mind, Body & Song, Usher, From the Bottom Up, Bedtime Stories, New Life, I Refuse to Be Lonely,  Kenny Lattimore, I'm Movin' On, and Still Climbing.

Dave is very dedicated to his works, he has also helped some of the finest stars to grow up in their career with his works.

Dave is a secretive nature person, he has not disclosed much about his life to the media. However, he was previously married to Wanda Sykes. She is an American actress, comedian, and writer who was first recognized for her work as a writer on The Chris Rock Show. She even won a Primetime Emmy Award in 1999 for her work.

They were together in a marital relationship for seven years from 1991 to 1998. The husband-wife duo had no children from their marriage. However, they parted their ways in the late '90s ending the marriage once and for all.

Besides, his former wife, Wanda is a lesbian. It was confirmed after her romantic involvement with a French girl named Alex Niedbalski. Wanda is currently married to her lesbian partner Alex. The lesbian couple had twins children Olivia Lou Sykes and Lucas Claude Sykes after their marriage.

As per birthdate, Dave is currently at the age of his early 50s.

Despite aging, Dave has well maintained his body physics to an optimum level being more concerned about his health. Looking at the body features, he stands at a good height with an equivalent weight to it. However, the exact measurement of height and weight is not disclosed. Similarly, his eyes color are brown and hair color is black.

How Much Is Dave Hall's Net Worth?

Dave Hall's music career has brought him a great fortune. He has worked with some of the well-known stars like Michael Jackson, Madonna, Ushers. With the long career span in the field of music, he must have amassed a lucrative amount of money as net worth. However, the accurate figure of his wealth is unknown.

Additionally, he earns an excellent amount of over 80 to 100 thousand annually as a music producer. He also does live records with newbie musicians which have been a boon to him as well as to the musicians. Hall has not revealed much about his philanthropic causes but sources claim that he is much into charity. Currently, Dave lives a rich and prosperous life. He also spends quite a cash traveling and partying with his close aides.