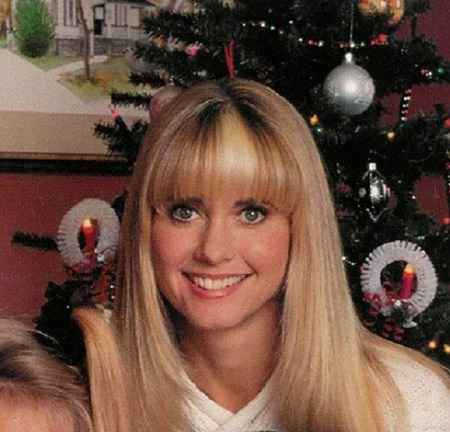 Who is Janie Beggs?

Janie Begg is the ex-wife of renowned guitarist, singer and songwriter Glenn Frey. Currently, she is single and isn't looking for a relationship. Glenn Frey passed away on January 18, 2016. The duo was in a relationship for a period of 5 years.

Janie Beggs was born in Fort Worth, Texas. Her father was Ed Farmer Beggs and her mother was Janie Farmer Beggs. Beggs comes from a mixed heritage. Her forefathers were cattle herders and owned dairy business.

Jannie has two brothers George Beggs and Ed Beggs and a sister Judy Beggs. Moreover, both of her brothers are involved in their family business. Despite that, she went to pursue a career in art and music.

A glance at Dario Melendez's Bio

Nothing about her early education or her college degree is disclosed nor her early childhood is known.

How Was Janie Beggs' Affair with the Eagles Frontman Glenn Frey?

Janie got into limelight in the early 80s when her affair with Glenn started to make in the headlines. Glenn was a rising music artist when the couple started to date.

After being together for a while, the couple, got married in 1983. But, things didn't go well. Straightaway, the husband wife got a divorce in 1988.

Glenn also starred as an actor in various shows including "Miami Vice". He also guest starred on Nash Bridges as a policeman.

Meanwhile, after his divorce with his first wife Janie Beggs, he got married to dancer and chreographer Cindy Millican in the early 90s. The couple have three children a daughter Taylor and two sons Deacon and Otis from their marriage.

Gleen passed away at he age of 67 due to rheumatoid complications. His wife Cindy filed a case against Mount Sinai Hosiptal for wrongful complication leading to his death.

Frey was mourned by his friends and followers, a statue of Frey was erected at the Corner Park in Winslow, Arizona.

How is Janie Beggs surviving? What's Her Income?

Janie belongs from a prosperous family. In addition to that, her parents own numerous dairy farms across America. Likewise, she received an undisclosed amount of sum from her husband in divorce settlement alimony.

Glenn net worth of over $70 million making him one of the richest musicians in the world.

His shares and money was divided among his wife and children. Currently, they are living a private life away from the world of fame.