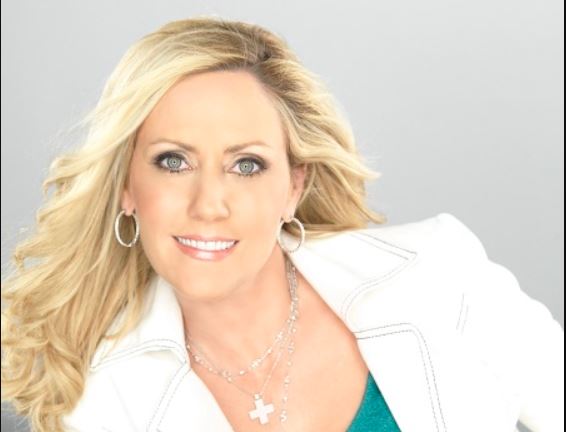 If you're a fan of country music, you probably know Alan Jackson (born 17 October 1958) probably? Well, Singer and Songwriter Alan is one of the media industry's most famous faces who earned his place in country music history. But the subject of today is about his wife Denise Jackson, whom he had married in 1979.

Denise Jackson was born in 1960 in Newnan, Georgia to the late parents Dan and Nell Jackson. As far as her education, she completed her BS degree at West Georgia College. Likewise, she grew up along with her twin brother Danny, a sister Jane and Ron.

Well, Denise Jackson and her life partner Alan Jackson have long been one of the favorite couples for country music fans. At first, as teenagers, they had their first contact in their home town of Newnan, Ga. They enrolled at the same university at that time where their love blossomed even more.

Denise and Alan started dating and eventually shared their wedding vows on December 15, 1979. At the time of the celebration, Denise was 19 and Alan was 21. More to that, Denise didn't even change her name after tying the knot because her maiden name was also Jackson.

Since then, the duo who are in the early '60s hasn’t looked back yet. In fact, Denise was instrumental in helping her husband achieve his country music stardom dreams. The year 2019 has recently heralded its 40th wedding anniversary and four-decade-long love story.

Once So Close to Divorce

In 1998 the pair nearly went through a breakup after 18 years of marriage. The Singer has actually had an affair that rocked their conjugal relationship. Despite such controversy, the pair as of now is very happy together just like Jenna Black and her hubby Tyler Joseph.

Due to personal differences, things weren't quite well between the two. Although Alan was busy with his presentations, Denise was restless. Jackson later says, People:

"We were just kids when we started out," "We didn't ever have the chance to fall in love as adults and to learn who you are before making a commitment. I think we lost some of that original feeling. I did anyway."

In 1999 the pair reconciled again, after separating. And they concentrated on counseling, a strong Christian foundation for their relationship, bouncing back from the painful situation which hurt their families.

Aside from that, Denise Jackson was diagnosed with cancer in 2010 and this really brought them closer to each other. Alan stood by her side, and never left her. Luckily their love for each other and with God made Denise cancer-free.

The wife and husband started a new family when Alan released his debut album, Here in the Real World, in February of 1990. Following the same year, they welcomed their firstborn Mattie Denise Jackson Selecman on June 19, 1990.

3 years later, the couple announced their second baby named Alexandra Jane Jackson born on  August 23, 1993. Alexandra aka “Ali” has an especially close relationship with her father, Alan. In 2017, she wrote about her a great musician dad of the Country Music Hall of Fame induction. She said:

You’re every daughter’s dream father. Thank you for raising us in a house filled with Jesus and music, and always making sure we knew whatever our dream was could be our reality.”

Dani Grace Jackson is the youngest baby daughter of Denise and Alan who was born on August 28, 1997.  As of now, the whole appeared to be living a fairytale and periodically attend events and functions together.

When did Alan's Oldest one Mattie get married?

Well, the girl who holds a degree in creative writing from the University of Tennesee was once married her late husband, Ben Selecman at a secret fairytale wedding in 2017.

Tragically, she lost her partner in September 2018. The main reason behind his death is that he was suffering from a traumatic brain injury while on vacation in Florida.

After her grief, Denise Jackson started a venture dubbed “NaSHEville” along with her friend, Brooke Tometich. It specifically helps and support orphans, widows, and trafficked women.

Denise partner, Jackson is one of America's popular country music singer and songwriter, known for upholding a "neo-traditional country" style of music, and for penning many of his own songs.

As of early 2020, born as Alan Eugene Jackson has an incredible net worth of $95 million. Thus, for now, she lives a very rich lifestyle just like another celebrity wife, Diana R. Rhoten.

Jackson has released many studio albums since the beginning of his singing career and sold over 80 million records. And some of his studio albums include three major hits, two Christmas albums, three Greatest Hits albums, and two gospel albums.

Similarly, Jackson had the Top 30 Country Songs by Billboard hitting over 50 songs. Of those hits, 35 have been No. 1 and he has received two Grammy Awards, 17 ACM Awards, and 16 CMA awards.

Apart from singing gigs, he is also involved in various business projects, such as the Alan Jackson Collection that was sold at Cracker Barrel, and a Ford endorsement deal.