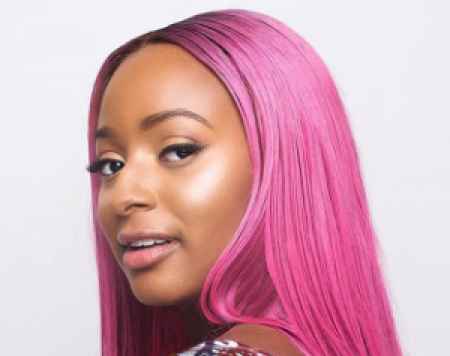 Who is DJ Cuppy?

DJ Cuppy, also known as Florence Ifeoluwa Otedola is a Nigerian DJ known for her remix and music. She is one of the most followed celebrities of Africa.

Further, she is an award-winning musician. Prior to rising to fame, she was already renowned as a daughter of Femi Otedola, one of the richest person in Nigerian territory.

Florence Ifeoluwa Otedola was born on November 11, 1992, to father Femi Otedola and mother Nana Otedola in Lagos, Nigeria. She is the second eldest child among the four children. She grew up along with her siblings Olwaunmi Christie, Prince Fewa and Temi Otedola.

She spent her childhood in Ilupeju for six years before moving to Ikeja. Florence went to London for her GCSEs and A-Levels and completed her graduation from the King's College London in July 2014. She holds a degree in Business and Economics. Also, she attains her Master's Degree in Music Business from New York University in 2015.

Cuppy was into music since her early days. While she was in her college, she produced her first track and started influencing her music through her performances which brought a wide fan base. Her DJing took her to different countries in order to perform. Altogether, she has visited more than 25 countries performing her tracks.

In 2014, Cuppy launched her first compilation House of Cuppy with a sound of dubbed music "Neo-Afrobeats" which was released in London, New York, and Lagos.

Later on, Cuppy went to the US where she performed at SXSW Festival. She also went to MTV's "Uncommon Sense" despite attaining her Masters in Music.

In 2015, Cuppy was named as the official DJ for the 2015 Oil Barn Charity in Dubai. Similarly, she was also featured as the Forbes Woman Africa.

What is DJ Cuppy's relationship status? Is She Married?

The famous DJ is neither married nor single. Cuppy was linked to some of the well-known personality. Earlier, she dated Nigerian footballer Victor Anichebe but later broke up with him. The reason for their separation is still a mystery.

Currently, she is in a romantic relationship with music entrepreneur and the CEO of Stargaze Management Company Asa Asika. His works include managing disc jockeys, branding artist, actors, and producers.

The sweet duo is together since 2015, their love is further blooming. Hope the couple gets married soon.

How Much is DJ Cuppy's Net worth?

This Nigerian DJ is one of the most followed musicians. She has performed in several shows until now which has probably stashed up a good income. At this young age, she has accumulated a wealth of over $1 million. However, his precise net worth is still under review as of 2019.

On the other hand, her father, Femi Otedola has an estimated net worth of around $300 million. Being a daughter of a billionaire, she lives an affluent lifestyle.

Cuppy owns a music enterprise called Red Velvet Music Group which deals with production and business management. Her sole career in the music industry has also aided to add a good sum to her bank balance.

Cuppy is pretty active on social networking sites such as YouTube, Instagram, Facebook, and Twitter. She keeps on posting her daily lifestyle on her social profile. further, she keeps updating pictures with her family and father.