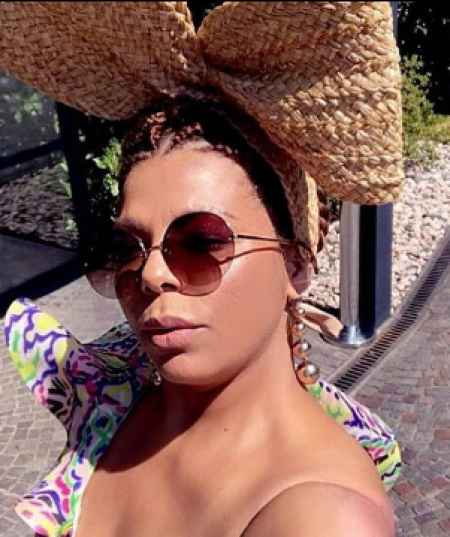 Who is Nana Otedola?

Nana Otedola is the wife of Nigerian Billionaire and oil supremo Femi Otedola. She is also known as a celebrity mother of Nigeria. She is well known for living a high standard lifestyle with her family.

Nana was born on August 2, 1966, in London but holds a Nigerian nationality. She has not revealed much about her childhood but we can acclaim that she came from a well to do family.

Otedola worked in the United Kingdom from 2005 in Freshade Energy Limited for 13 long years. She is one of the wealthiest women of Nigeria residing in England.

Currently, she owns a dry cleaning business "Garment Care" where she deals with many cleaning houses, hotels, and restaurants.

Nana is currently married to Femi Otedola. As mentioned above, he is a Nigerian businessman, philanthropist, as well as a chairman of Forte Oil PLC, an importer of fuel products.

From their nuptial relationship, they share four children, Florence Otedola aka DJ Cuppy, Elizabeth Temi, Prince Fewa and Olawunmi Christy Otedola. Christy is a stepdaughter of Nana from her husband previous relationship.

Nana's husband, Femi Otedola was previously in a relationship with Olayinka Odukoya. Femi and Olayinka has a child from their relationship. The 26 years old Christie was the love child of the couple.

Femi's mother's disapproval to the relationship brought the young mother to misery. The child Christie was taken away by the grandmother. Despite his mother's rejection, Femi was provoked by Olayinka's love, he found himself in her arms. She again got pregnant the second time. But, this time she lost her child.

As of now, the married couple is happily maintaining their marital relationship without any news and rumors of separation or having extramarital affairs

Nana has a tall figure with a sumptuous weight. The exact measurement of Nana is still unknown. Likewise, her eyes color is brown and hair color is brown.

Nana Otedola is a prosperous woman, she is one of the most influencing women from African subcontinent. With less information regarding her career, her sole net worth cannot be assumed. However, her dry cleaning company fetches a sumptuous amount of over $100k annually. She must have gathered a tremendous sole net worth by her own.

On the other hand, her husband's total wealth is estimated to be around $300 million.

Similarly, they own multi-million dollar mansion in some of the extravagant places of the world such as New York, Dubai, Abuja, and London. She is relishing the combine bank balance as well as the properties with her husband. The family also owns highly expensive automobiles which can also be included in personal assets.

Is Nana Otedola into Philanthropy?

Nana along with her husband Femi is quite engaged into philanthropic works. The couple donated a hefty amount of N200 million which is around $552000 for scholarship scheme which has benefited more than 1,000 students. She is very active and frequently does charitable works.

Nana is the most revered celebrity mother and the wife of a business mogul. She is always chased by paparazzi not only in her country but also across the world. She lives a rich and prosperous lifestyle. Moreover, she is less active on social networking sites such as Instagram Twitter.

Besides, Nana is seen traveling with her husband and her daughters across the world. She also keeps up with the latest trend in fashion.