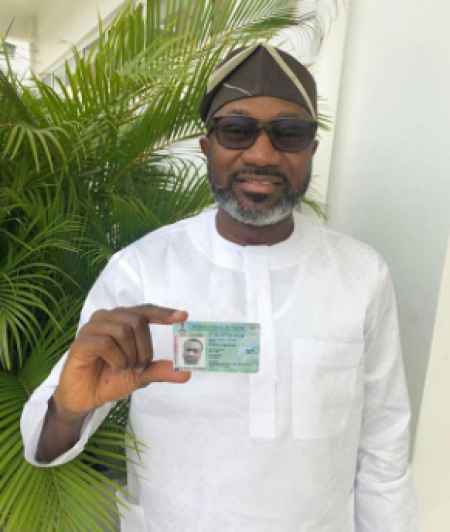 Who is Femi Otedola?

Femi Otedola is a Nigerian businessman, Philanthropist, and oil trading supremo of Forte Oil PLC and the founder of many business sectors. Otedola comes under the top most influential persons of Africa.

Femi was born on November 4, 1962, in the Nigerian city of Ibadan, Oyo State. His father Sir Michael Otedola was the governor of the Lagos State from 1992 to 1993. Otedola wanted to be a reverend person but, his path took him into the business stream.

Femi first started his business at the age of six where he would offer to groom my parents’ guests’ nails called FEMCO. A receipt would be written then he would get the payment of his service.

Later on, Femi started his oil business in 2003 after setting up Zenon Petroleum and Gas Limited. He invested a huge amount of over N15 billion in developing the infrastructure. He started supplying to some of the topmost enterprises such as Cadbury, Nigerian Breweries, Nestle and Unilever within a year after the setup.

In March 2007, Zenon received a loan of over $1.5 billion to build Africa's largest premium spirit facility. In 2010, African Petroleum rebranded itself to Forte Oil PLC. Otedola restructured the company, focusing on technology and improved corporate governance which reformed the financial position resulting in a 1,321 percent rise in its shareholdings.

Is Femi Otedola Married? Who Is His Wife?

Altogether, Femi has four children. Otedola has a daughter named Tolani who is a singer from his previous marriage.

After the birth of his first child, Tolani, Femi married Nana Otedola. From the second marriage, he had two more daughters, Florence Ifeoluwa and Elizabeth Temi and a son, Fewa.

Florence is a DJ and a music producer famously known as DJ Cuppy. Also, she holds the position as a tourism ambassador for Nigeria. Whereas, her sister Temi Otedola is an aspiring style blogger and fashion designer. Moreover, the youngest son Fewa joins his father business. As of now, the family is living together in peace without any rumors of divorce.

Femi Otedola was reported to have bribed a sum of over $620,000 to the Chairman Boniface Emenalo and Farouk Lawan of the House Committee on Fuel Subsidy Regime. Femi wanted his company to be removed from the list of a firm that was included for abusing fuel subsidy regime.

How much is Femi Otedola's Net Worth & Salary?

Femi Otedola had an estimated net worth of over $1.8 billion as of 2009. With such a tremendous amount of wealth, Oteloda became the second to appear on the Forbes list of dollar-denominated billionaires.

Unfortunately, his bank balance decreased drastically after facing difficulties in the economic condition which was caused by the slump in world oil prices. The credit plunge of 2008-2009 led African Petroleum to record a massive loss in the year 2009. However, the amount of his total assets is still under review as of now.

In addition to his income, he also receives quite a paycheque from his investment in several financial and insurance company such as SeaForce Shipping Company Ltd, Swift Insurance, Atlas Shipping Agency and FO Properties Limited. Also, she has made numbers of real estate investment, including Zenon of Stallion House in Victoria Island in Lagos, from the Federal Government acquisition in N2.3 billion which is around $6,352,538 while converting in dollars.

He owns multi-million dollar mansion in Lagos, Abuja, Dubai, London, and New York City. Similarly, he also possesses various expensive automobiles. Among all the vehicles, his favorite is bulletproof Mercedes G-Class, which has an ultimate market value of around $375,000.

Otedola is a sagacious man who doesn't ignore doing charitable works. He has made several donations to the Michael Otedola University Scheme for the underprivileged students for higher education.

Additionally, Otedola donated a sum of over N200 million which is around $5523946 to the State Security Trust to reduce crime in Lagos. He also donated N80 million / $2209578 to the Faculty of Agriculture at the University of Port Harcourt.