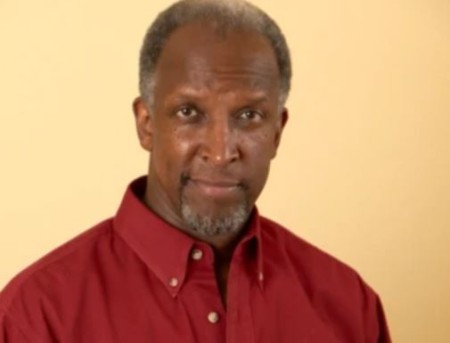 Dorian Harewood is an American voice-over artist and actor who is known for working in movies like Full Metal Jacket (1987), Sudden Death (1995), and Space Jam (1996). Besides, he has appeared on television shows like Viper, The Last Debate, The Christmas Shoes, Terminator: The Sarah Connor Chronicles, etc.

Willie Dorian Harewood was born on August 6, 1950, in Dayton, Ohio, the United States. He is the fourth of six children born to father, Emerson Macaulay and mother, Estelle Olivia Harewood. Dorian had five siblings among which Emerson M. Harewood, Jr., Theolanda Harewood, and Philip B. Harewood have already passed away. His other two siblings are Floranne E. Dunford and Lawanda G. Pitts.

The 70-year-old, Dorian belongs to an Afro-American ethnical background. He attended the University of Cincinnati on a piano scholarship and graduated from the Conservatory of Music in 1972. Harewood is a married man and is also a father.

Over Four Decades of Married Life

Dorian has been married to his longtime wife, Nancy McCurry Harewood since February 14, 1979. The two first met in 1972 when they had roles in a Broadway musical, Two Gentlemen of Verona. Their wedding ceremony took place on the Queen Mary, an old ship which was later converted into a hotel.

Like Dorian, his wife also worked as an actress. She began her career in theatre and later transitioned into television. Nancy appeared in tv series like Beyond Westworld (1980), Remington Steele (1982), and Star Trek: The Next Generation (1987).

Dorian and his wife has two children; daughter, Olivia Ruth Harewood and son, John Dorian Harewood. Olivia is a comedian and writer who works for The Late Late Show with James Corden. Meanwhile, John has relatively been very low-key.

In his younger days, Dorian was linked with actress Lonetstte McKee. However, there was no formal confirmation from both stars. As per reports, Dorian and Mcknee dated during the production of the 1976 movie Sparkle.

There is no exact information about Dorian Harewood's net worth. However, as per sources, he might have an estimated net worth of around $1 million. Dorian has been active in the entertainment industry since 1975. Therefore, he might have collected a decent sum from his professional career that has spanned over 45 years.

Dorian gained his fortune from his successful career as an actor and voice-over artist. He has starred in numerous movies and television shows. Additionally, Harewood has lent his voice to several characters.

Some of the movies in which Dorian appeared collected an excellent revenue at the Box-Office. Here take a look:

The average salary for voice-actors ranges somewhere between $38,000-$67,983. Besides, actors like Seth MacFarlane and Clancy Brown earn a huge sum of money. Dorian also played Simon Haley in the popular ABC series, Roots: The Next Generations.