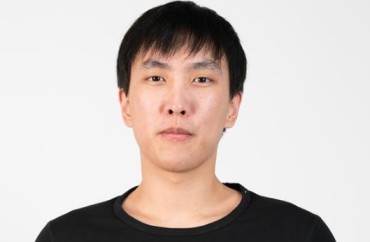 Body and Relation Status of Doublelift

The fan of League Of Legends must be familiar with the name Doublelift whose real name is Peng Yiliang. He is a professional online game player who plays for esports organization, Team Liquid. Before Team Liquid, he used to play from Counter Logic Gaming, and Team SoloMid.

Peter, aka Doublelift was born on July 19, 1993, in Mission Viejo, California, United States. He has the utmost passion for gaming and had one of the lengthiest careers in e-sports, just like Ghost Aydanas well as he has been declared as one of the top three in North America’s premier AD carry.

The famous gamer Peng is in a relationship with the stunning beauty known as Leena Xu. She is also a gamer, just like her boyfriend. Leena is the LCS champion who has been with the most popular North American team called TSM.

There is no much information regarding how the beautiful couple first meet. But it was the end of 2018 when the two gamer tied in a wonderful love bound. His girlfriend is as popular as him, and she often appears in the live streaming of Peng.

They are having a good time together. The couple often spotted in different gaming events together. However, there are no hints when they are going to get married or engaged.

Furthermore, his current girlfriend, Leena, used to date Andy Dinh, who is the founder of Team SoloMid(TSM). They dated for more than a year, but without any specific, they got separated. Now scroll down to know Yiliang's previous affair.

Doublelift has dated Bonnie during 2014. Evidently, there is no much report on where and how they meet, but we do know that they have spent several years together.

Peng, love story was so deep at that time that he even took a break from his gaming career in 2017 so that he could spend healthy time with his girlfriend. They made their way to Australia and decided to get engaged there.

Unfortunately, the couple splits between 2017 to 2018. There is no official statement about how and why this couple got separated. But as per 2020, both of them had moved on in their life and having a sound career in their field. Scroll down to know Yiliang's net worth.

Tragic Event Where He lost His Mother

Doublelift's life was good, and everything seemed to be under control. However, in April 2018, his older brother Yihong Peng was arrested for reportedly killing his mother and injuring his father. In response of this incident, Doublelift said,

I heard some terrible news. My older brother attacked both of my parents with a knife. As a result of this attack, my mom passed away and my dad was seriously hurt and recovering in a hospital.

During those times Pengremain quiets on social media and had worked recovered from the incident. At the time of the incident, he was not in his house, but after a while, he made several arrangements for his father and brother. According to local police, his 30 years old brother Hong Pang is being held on $1 million bail.

Evaluation Of His Wealth

The supremely talented gamer of a league of Legends, Yiliang, has estimated net worth around $850,000 as per 2020. Similarly, another gamer Jordan Maron has a net worth of several millions dollars.

Talking about his salary, many North American Pros gamers are making an average salary Of $320,000 through playing League of Legends, so maybe he is also earnings in the same range. Whereas he also earns an enormous amount of money through Youtube and Instagram where he has thousands of followers, but he has still not revealed his accurate income.