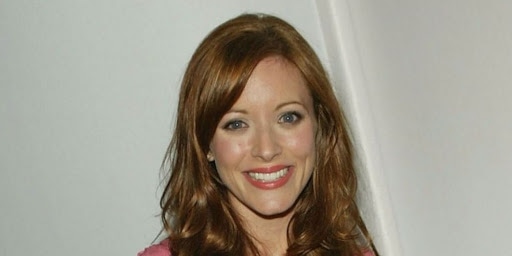 The Shattered Memories star, Elizabeth Bogush, is a well-known actress in America. She is best known for her acting skills in TV series such as Titans and The Mountain. However, she gathered her career limelight after playing the role of Holly in the 2018 movie, Shattered Memories which is a Crime/Thriller movie.

The prominent actress, Elizabeth, was born on 24 September 1977 in Perth Amboy, New Jersey, the USA. Her birth sign is Libra, and she belongs to the white ethnic background. Likewise, she belongs to American nationality. However, people are interested to know about her personal life. So, let's talk about her private affairs.

Elizabeth is currently a married woman as she is happily wedded to her husband, Lukas Reiter, who is a television executive and former lawyer. To date, he has written for several television shows such as Boston Legal and Outlaw.

The two were kissed and pronounced husband and wife back on 18 June 2005 in an intimate ceremony with their close friends and families. Furthermore, the couple also shares children from their marital life.

She gave birth to a daughter named Spencer Everly Reiter, in August 2013, and she is currently six years old.

The two dated for two years and moved together in 2003. It's been 14 years of their successful marriage, and the two are still going strong without divorce rumors and controversies.

The 42 years old actress was married twice until now. Before tying the knot with Lukas, she was in a marital relationship with a director of photography, Neil Shapiro. The two walked down the aisle on 8 January 2000 and exchanged their wedding vows in front of their parents, relatives, and close friends.

Well, the pair first met while shooting a Visa commercial in 1998. The two instantly clicked and started dating until 2000. Their relationship did not last long whatsoever. They officially divorced in 2002.

How Much Is The Net Worth Of Elizabeth Bogush?

Elizabeth's net worth is around $2 Million as of 2020 which is similar to the actress, Freddie Stroma. She collected a lucrative sum of money from her successful career as an actress. To date, she has appeared in over 20+ hit TV series such as The Young and the Restless alongside Bryton James, whose fortune is $2 Million.

The average income of an actress is around $56,000 as of 2020. However, as a well known and experienced actress, she might be earning over $100,000 per year. Besides, she might be making a couple of thousands through endorsements and promotional works.

As an actress, she has appeared in hit series such as The Adventures of Pete & Pete, V.I.P., Undressed, and Happy Hour. Not only that, she has also starred in some of the popular films, among them is Shattered Memories.

The movie turned out to be her career breakthrough as she was loved and praised for her work in the movie as Holly.

The movie was released in 2018, and the story is about a woman who wakes up next to the dead body of a former lover. The main plot of the film is racing against time to find the real killer.

Stay Updated With Married Celeb To Know More About Actresses!!!