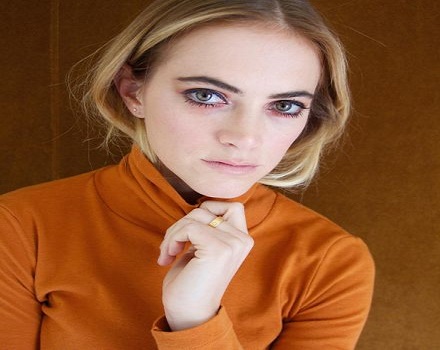 Who is Emily Wickersham ?

Do you know who played the role of  Special Agent Eleanor Bishop in the television series NCIS? She is Emily Wickersham who also done many other television and film projects throughout her career.

Emily Wickersham was born on 26 April 1984, in Kansas, the United States of America as Emily Kaiser Wickersham.She holds American citizenship and is of mixed( Austrian and Swedish) ethincity. Further,she is the youngest child of her parents John Wickersham ( father), mechanics and Amy Wickersham (mother), homemaker.As far as her education, Emily completed her college education from Muhlenberg College.

Wickersham started her professional career in the year 2006 when she  appeared in David Letterman’s late night television talk show Late Show with David Letterman. Furthermore, she was seen in a number of movies and television series including, How I Got Lost, Remember Me,  Trauma, I Am Number Four, Taking Chance, Gone, Law & Order: Criminal Intent, Glitch, Gossip Girl, The Bridge and Bored to Death.

How Much Is Emily Wickersham's Net Worth?

As of 2019, Emily Wickersham's Net Worth is estimated to be $2 Million which is more than that of actress Olivia Holt.The income source of earnings mostly earned through a successful career in acting.Well, she has been active in the media industry since 2006 and continues on both  television and film, so it is expected that her wealth will also continue to increase.

Likewis, Wickersham is famous for her role of  Special Agent Eleanor Bishop in the television series NCIS.Hence, she reportedly receive a salary of $150 thousand from her character in NCIS. Emily therefore has to live a lavish life. We bless her prosperous career and happy life.

In 2008, Emily starred in romantic comedy-drama film Definitely, Maybe which grossed $55.4 million worldwide on the budget of $7 million.In the movie, she shared the screen with Ryan Reynolds, Isla Fisher, and Abigail Breslin.

Similarly, her next film Remember Me made $56.032 million and I Am Number Four made $150 million worldwide, starring Alex Pettyfer, Dianna Argon, and Teresa Palmer.

Who is Emily Wickersham Married to? Husband & Children

Emily Wickersham has maintained her current relationship very private. Reportedly, she is happily married to her husband Blake Anderson Hanley who is American musician and a producer.

Wickersham and Blake exchanged the wedding vows in a modest ceremony on 23 November 2010.The ceremony was attended by about 150 family members and friends at the Little Palm Island in the Florida Keys. The guests' wedding party was held at the Bath & Tennis Club four days later on November 27.

Unlike most Hollywood marriages, they are still in a strong love bond with each other and there is no sign of them getting separated divorced. Well, there is a news of their separation, but all the rumors just seem to be baseless tidbits because there's no solid evidence emerged.

Although Emily has been formally married for more than 8 years, she has not yet shared with her husband any kids. Hence, for her children plans, the couple kept their mouth sealed.

As of 2019, Emily Wickersham's current age is 35 years. Likewise, she celebrates her birthday on every year of 26 April.

Have a look at marriedceleb for more updates.