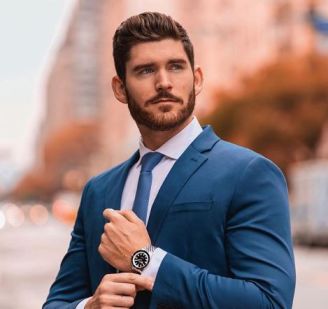 How often you travel? Are you a travel lover? Then this next personality might interest you, his name is Erik Conover. A renowned adventure filmmaker who is fond of creating a travel series featuring various destinations all around the globe.

The YouTube star was born on 21st October in Pomona, New Jersey. As he is now 30 years old and has a birth sign of Libra. The renowned Vlogger graduated with a Bachelor of Arts in Communications and Theater from Northeastern University in 2013.

The thirty-years-old creative personality is still marked as unmarried. However, he is bounded in a romantic relationship with another YouTuber, Hanna Coleman.

Having so much common lifestyle and goals, the pair has so much great chemistry both in personal and professional life. Each individual help each other to create great plots in their respective vlogs and are very good partners.

Recently, the couple was spotted at New York's Mark Hotel exploring its beauty and resources. They enjoyed the $75,000/Night luxurious hotel. Furthermore, the young and beautiful duo is enjoying their journey together and there are still many more to come.

American Youtuber, Erik has been in many relationships throughout his life. But one of the most talked and gossip names is Jessica Clements who is also a YouTube personality and a model. The pair started dating after showing up at the same modeling job back in 2012.

Previously both have appeared in each other's vlogs and helped one another to grow a massive fan following. After enjoying four years of togetherness, the couple called it quit in 2016. The reason for their break up is still a mystery, however, it can be assumed that due to their busy schedule and personal interest which might has created distance between the bond.

Regarding beautiful Jessica, she is a beauty and fashion vlogger with a self-titled youtube channel. She is also a represented model with Elite Model Management. As of now, she is not seen dating anyone while Erik is busy with his lover.

The net worth of Erik Conover

Erik Conover's total fortune hasn't been estimated yet, however, it is assumed that it falls somewhere under $500,000. As involved in various art, he has gathered all of his fortunes through his incredible talents.

Beside known vlogger and social personality, he is the founder of EBC Productions whose clients are many big companies including American Airlines, Asiana Airlines, American Express, BBC Earth and BMW. From which he surely collects a hefty amount of paycheque without a doubt.

As of now he is living his dream affluently and busy exploring new places.

It is no strange that he has a massive influence on the people around the globe through his vlogging and post. His Instagram account has a fan following of more than 129,000. He is almost active every day and eventually uploads his activities in his account.

Similarly, he has 1.22 Million subscribers in his official YouTube channel. Another YouTuber like Macy Kate and Promise Phan has a fan following of 1.12 Million and 1.35 Million respectively.  Each and every upload are seen by millions and millions from the world.

With 40 Million plus YouTube channel views, he invites subscribers into his full life showcasing envy-worth adventures. Hence, Conover has a very good taste of humor and seems like he is ready to conquer the world by his talents.