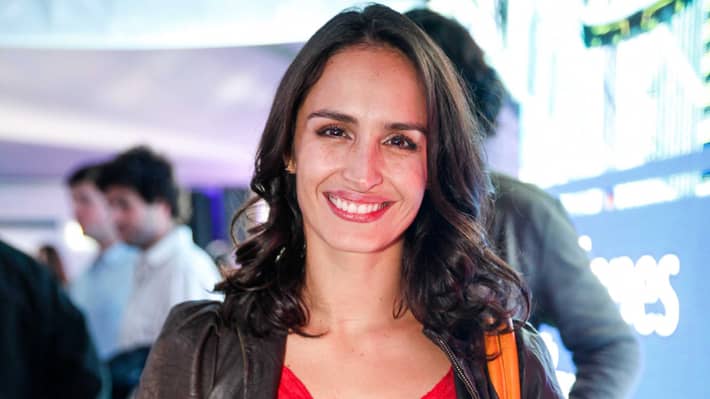 The Chilean born Fernanda Urrejola is famous for her wonderful acting and her beauty. She has appeared in numerous TV series and films which are loved by her fans. Recently she appeared in an American crime drama web television series, Narcos: Mexico.

Urrejola was born in Santiago, Chile on 24th September 1981. Her full name is Fernanda Loreto Urrejola Arroyo. She grew up with her three siblings in Santiago by father, Francisco Urrejola and mother, Francisca Arroyo. Currently, she is thirty-eight-years-old and is busy with her upcoming projects.

Is Fernanda Urrejola Dating Anyone?

The beautiful actress relationship status is marked as single. However, previously her name was linked up with many celebrities but none of them has successfully started right.

Looking throughout her day to day life it has been officially confirmed that the gorgeous actress is currently enjoying her single lifestyle. Maybe the talented actress might be focusing on her wonderful career rather than being in an unwanted relationship which she has faced quite long ago.

Previously, Urrejola has been rumored of dating Chilean actor, Mario Horton, however, both have never spoken regarding their relationship. Later in 2016, Mario confirmed that he is dating actress Francisca Walker.

The thirty-eight-years-old actress has previously exchanged her wedding vows at the age of twenty. She walks the aisle with Manfredo Guerra, who was her college sweetheart, back in 2001. It was an intimate ceremony where newlyweds couple's parents were seen as a guest.

All of the details regarding her marital life is still seems missing due to her nature of privacy. However, it has been officially confirmed that she enjoyed nuptial life with Guerra for only six years and later the pair decided to walk the separate path in 2007.

There is no information about Guerra's current relationship but regarding Fernanda, she is happy in her own world and enjoying each and every moment of her life.

The Net Worth of Fernanda

Narcos, actress, Fernanda has estimated net worth of $1 Million, however, it hasn't been officially confirmed yet. Another Narcos actress, Alyssa Diaz has also a total fortune of $1 Million.

But being one of the versatile actresses in the Chilean industry her fortune surely falls in a very good number. As some online source annual salary of Chilean actors is over $30,000 which helps them to make over $15 an hour and a bonus of more than $900.

Furthermore, she is earning around $50,000 to $80,000 annually by engaging in various projects. As of now she is quite busy in her work and living an affluent manner of life.

Her Role on Narcos: Mexico

On 16th November 2018, Netflix premiered an American crime drama web television series Narcos: Mexico. It is originally intended to be the fourth season of the Netflix series Narcos which particularly focuses on the illegal drug trade.

Check out the trailer of Narcos: Mexico, Season 2!!!

Many stars have starred on the series including; Wagner Moura, Matt Letscher, Teresa Ruiz, Diego Luna, and many more artists. In the series, she played the role of Maria Elvira which she accumulated after giving two straight auditions.

Her emerging role as a Maria is loved by each and every fan around the world and, everyone is hoping to see her in next season of Narcos: Mexico which premiered this February.