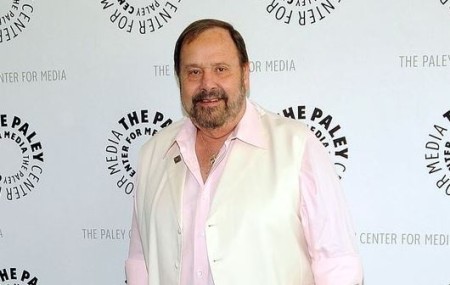 If You Have Ever Watched, American comedy Television Series, "Leave It to Beaver" then, Frank Bank must not be a new name to you. Frank Bank was part of the series for five seasons. The late actor worked as a bond broker after 1973.

Frank Bank was born on April 12, 1942, in Los Angeles, California. As Frank came to limelight only after his successful career of acting, much information about his early life is still a mystery to the public. He has a brother Douglas Bank, who is also a actor. Bank passed away on April 13, 2013.

Frank Bank Died At the Age of Seventy-One

Yes, You read that correct, Frank Bank passed away in 2013. As per the report of the reports published by Huff Post, Frank died due to cancer on April 13, 2013, in Rancho Mirage, California.

As per his wish, he was laid to rest at Hillside Memorial Park Cemetery in Culver City, California. Frank Bank was along with his third wife and his four daughters during the time of his death.

Frank Bank was married thrice during his lifetime. He was living a happy married life with his third wife, Rebecca Fink, for more than three-decade.

Frank Bank's relationship history started back in 1963. Frank tied his knot with his former wife, Marlene Kay Blau, in 1963. They had been dating each other for some time before tying their knots. However, this relationship ended just after two years of their marriage in 1965.

The following year, Frank married his second wife, Jeri Lynn Handelman. Much about the marriage is not available to the media, as they had a private wedding. Only a few members from both family and close friends attended the ceremony.

Soon after the marriage, they welcomed their two daughters. Similar to that of his first marriage, His marriage also ended up with divorce in 1982. As per some sources, Frank had an extra-marital affair. So, the marriage ended.

Shortly after this divorce, Frank exchanged the vows of his marriage with Rebecca Fink. They had been in a relationship for some time before tying their knots. Rebecca was also married and divorced with her former husband and had two daughters with her. After the marriage with Frank, He adopted Fink's daughter.

Net Worth of Frank Rich at the Time of His Death?

Frank Rich had an estimated net worth of $3 Million at the time of his death in 2013. He credits most of his net worth to his successful career of working in the American Television Industry. Frank was more over seen with a small screen rather than with bigger ones.

Watch an old clip of Lumpy Rutherford from leave it to Beaver!

Frank started his acting career from 1957 with Leave It to Beaver. Another American Actor, Brian Chase, has a net worth of $500,000. Bank has a total of 15 credits for working as a actor.