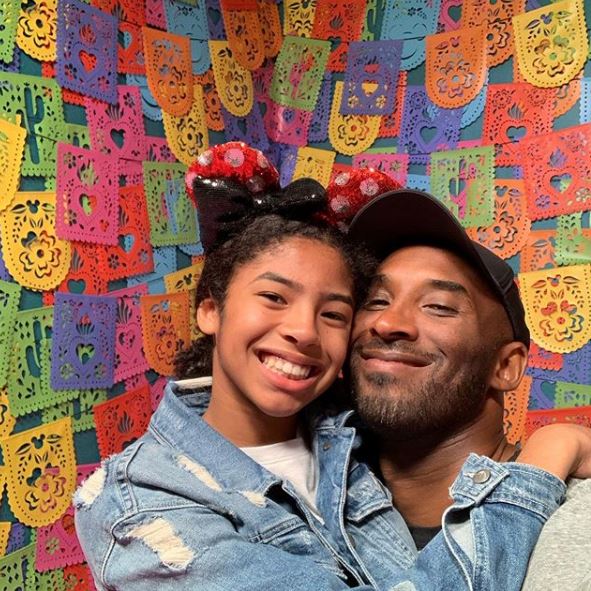 Gianna Bryant is popularly known as the daughter of the famous NBA legend, Kobe Bryant. The young and talented daughter has been one of the fans' favorites and was often seen alongside Kobe in numerous places. Tragically both died in the 26th January 2020 helicopter crash.

Born in the United States in May 2006, she was the second daughter of Bryant. However, fourteen years old, Gianna was very passionate in playing basketball just like her father. And the news broke up all the dreams and wants of her father and her. May the beautiful souls rest in peace, Here is a piece of certain information regarding her and Bryant's family.

Gianna parents were married so young

In November 1999, 21-years-old Bryant met the beautiful Vanessa Laine while she was serving as a background dancer on the Tha Eastsidaz music video while on the other hand Kobe was in the same building and working for his debut musical album.

After that, they started dating and within six months the pair get engaged in May 2000. Laine was still a senior at Marina High School at that time period. After one year on April 18, 2001, the pair exchanged wedding vows at St. Edward the Confessor Catholic Church in Dana Point, California.

Surprisingly Kobe's parents, sisters and none of the Laker teammates were seen on their wedding day. His parents were opposed to the marriage for many reasons, the prime reason was he married so young and another is not marrying an African-American woman.

The second daughter of the Bryant out of four

Well, all of Kobe's parents' disagreement with their relationship ended up after the couple welcomed their first child, Natalia Bryant on January 2003.

Bryant's parents finally visit their place and welcomed their newborn grand-daughter. Within two years, Vanessa suffered a miscarriage due to an ectopic pregnancy in the spring of 2005.

Later after one year in May 2006, they welcome their second daughter, Gianna. In early December 2016, the duo welcomed their third daughter Bianka Bryant and similarly, in June 2019, the fourth daughter of the duo, Capri Kobe Bryant was born.

Gianna is the second daughter of the Kobe who dreamed to follow the paths of his legacy. But at 9:06 am Pacific Standard Time on Sunday all those dreams were shattered, when the helicopter she and her father were traveling in crashed in Calabasas, California which alongside killed all nine on board.

The two were on their way to Bryant's Mamba Sports Academy in Thousand Oaks to take part in a tournament for young players on Sunday. According to data from Flightradar24, the helicopter was flying at about 184 mph and was descending at more than 4,000 feet per minute when it finally crashed. According to CBS News, the nine victims including the Kobe and his daughter are as follows.

May all the souls rest in peace and huge condolence to the family of the victims from the Married Celeb family.

The net worth of the Kobe Bryant at his death bed

At the time of his death, Bryant was worth $600 Million. As a Laker player, he earned over $328 Million in salary only.

He also gathered around $350 Million from engagement in various endorsements which help him to bring total earning during his career as an NBA player to impressively $680 Million. Debbie Allen's husband, Norm Nixon is also a retired NBA player who played for the Lakers. He has a net worth of $14 Million.