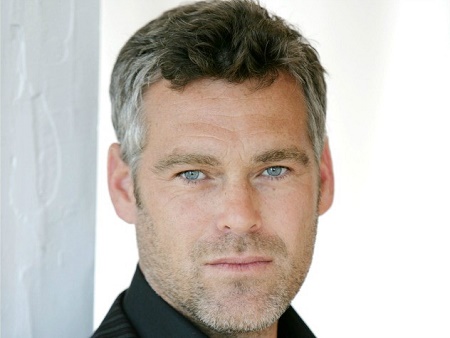 Have you ever watched American television soap opera, As the World Turns?  If yes, then you might definitely remember the name, Grayson McCouch who played the main role of Dusty Donovan. Well, he is an American actor who is also famous for portraying the role of Don Masters at Nite family drama Hollywood Heights on Nick.

Born Grayson Jonathan McCouch on 29th October, 1968, McCouch holds an American citizenship and is of white ethnicity. Likewise, he is the son of Donald Grayson McCouch, a banker and Rina (Plotnik), a musician.

Is Grayson McCouch Married Or Dating Anyone?

The 6-feet 1-inch tall actor has not talked even a single word about his love affairs or any relationship. Despite being a famous TV star, he loves to keep most of his private details away from the limelight.

It seems like the 50-year-old actor is still waiting for his love of life or might be focusing his career. Besides, the star is close to most of his co-stars.

Yes, aged 50 actors and 72 aged actress once fell in love. When it comes to Betty Buckley, she is an American actress and singer who revived the Tony Awards for her role in the original Broadway production of Cats.

The former lovebirds were involved in a romantic relationship in 1993. But after dating for three years, McCouch and Buckley separated in 1996 due to some misunderstandings. Apart from Grayson, Buckley also had a love affair with American film director Brian De Palma.

The actor who graduated from Kent School was nominated for a Daytime Emmy Award in a Drama Series for Outstanding Supporting Actor in 2006. He scored the nomination for his role Dusty Donovan in American television soap opera, As the World Turns.

How Much Is Grayson McCouch's Net Worth And Salary?

As the World Turns' actor makes a lot of money from his thriving acting career. His net worth is roughly $500 thousand to $800 thousand as of 2019.

To Know More About Another Celebrities- marriedceleb.