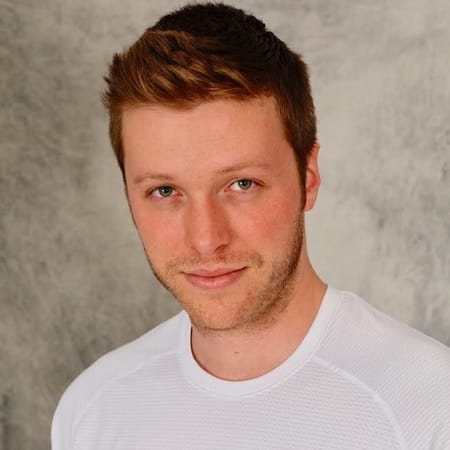 Many people came into the public's eye Probably due to their relationship with renowned celebrities. One of them is Harrison Wagner, who came into the spotlight as the youngest child of TV stars, Jack Wagner and Kristina Wagner.

Jack and Kristina were part of the 80 's super couple Frisco and Felicia, on the ABC soap opera General Hospital. His divorced parents' married in 1993 and got divorced in 2006.

The little, Wagner was born on December 1, 1994, in the United States of America. Further, he has one older brother Peter Wagner, 29. His grandparents are Peter Wagner, and Scotty Wagner. Let's talk about him everything in this article.

Yes, it is very true. Harrison Wagner who is 25 is reportdely dating his sweetheart whose name is Sophie Bui. She is a vegan native Angeleno model who is pretty active in modeling career.

Scrolling Wanger's Instagram profile, it seems the two are dating eachother since 2018. The younger son of Jack posted a first hugging photo with his girlfriend Sophie at Eaton Canyon waterfall on June 28. He captioned the post: " My other half and I ❤️ Soph Soph".

Since then, the two frequently give a glimpse of their hanging out photographs on their respective social media pages. They have just celebrated their second anniversary of love together in 2019. Thus, Wagner and Bui happily enjoy their love life without any problems.

Harrison Wagner is the younger brother of Peter Wagner, who was born on September 4, 1990. Not only Peter, from his dad's side, he also has a 23-year-old younger half-sister named Kerry Wagner.

Likewise, father, Jack, and daughter Kerry met for the first time in November 2011 at a concert in Boca Raton, Florida. When they came face-to-face right before the show, Kerry told him he was her father.

Actually, Kerry was a kid of Jack's old lover whom he had a one-night stand. Karry was reportedly raised with foster parents in New York City but she is Jack's biological daughter, 60.

The ex-sposes, Kristina, and Jack who first met on the set of General Hospital made their relationship public in 1990. After welcoming their first born son, Peter, they got married on December 18, 1993, in Lake Tahoe at an intimate ceremony.

In February 2001, they filed for divorce "citing irreconcilable differences" but did not sign the divorce papers during filling. After two years, in 2004, the two published their news of reunion. But they re-filed after the year in 2006, and their divorce was finalized after 13 years of marriage.

After the divorce, dad, who studied at the University of Missouri became engaged to actress, Heather Locklear on August 11. But later, after being together for 4 years, they called off their engagement on 15 November 2011. In addition, Jack also dated Ashley Jones, his former costar The Bold and the Beautiful.