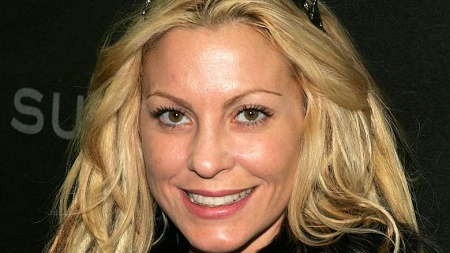 American actress and writer, Heather Wahlquist is famous for her works in several films such as John Q 2002), Alpha Dog ( 2006) and My Sister’s Keeper (2009). Also, she is known as the second wife of a stunning Hollywood actor, Nick Cassavetes.

Born on 23 May 1977 in Oklahoma City, Oklahoma, USA, Heather is the daughter of Interior designers Linda Wahlquist and Paul Wahlquist. She holds American citizenship and is of mixed ( Italian, Swedish, and American Indian) descent.

The 42-year-old actress was previously in a marital relationship with her former husband, Nick Cassavetes. He is an American writer, director, and actor who is famous for appearing in hit films such as The Notebook and The Other Woman.

Wife, Wahlquist, met her future husband, Cassavetes, on the set of 2002 film John Q. They fell in love while on set, but the relationship status between the two has always been somewhat enigmatic. Further, the pair united as a life partner in front of family members and loved ones.

Actress, Heather, and actor Nick moreover attended some functions and events together. They previously spotted for the film premiere “The Last Mimzy” at the Mann Village Theatre in Los Angeles, California, on March 20, 2007.

The former lovebirds are blessed with one daughter Barbarella Cassavetes whose age is 19 now. In 2017, Notebook director Nick blamed his ex-wife for the disappearance of his daughter.

Cassavetes, 58, claimed with TMZ that Barbarella vanished with her mother last month and hasn't also picked the calls. He said:

So far, he filed a report with the Los Angeles Police Department accusing his wife of violating their arrangement of custody by running off with the baby.

On the other hand, Heather mentioned that Nick was the one who stole their daughter for revenge. She also revealed Nick was in "revenge plot against my family and I'm terrified."

Before tying the knot with Heather, Nick was married to his first wife, Isabelle Rafalovich. They were pronounced husband and wife on 8th September 1985 among closed family members and family. The special day was held in New York City, New York at "Dyker Beach Golf Course Catering Hall."

Together, Isabelle and Cassavetes are proud parents of two children. They welcome their first child, Virginia Cassavetes, on March 27, 1986. Similarly, their second kid Sasha Cassavetes was born on May 17, 1988.

Sasa moreover, was actually born with a heart defect and underwent a substantial operation. Then the director father writes the film John Q and My Sister's Keeper dedicated to Sasha's medical experience.

Working as an actress, Heather Wahlquist earns quite an impressive amount of fortune. Her actual net worth is around $1.6 Million as of 2019. The primary source of her earning is her acting career as she has worked in some hit films including Good Advice, Lonely Street, My Sister's Keeper.

According to Payscale, the American TV star makes around $52,916 per year, but it depends upon their experiences. On the other hand, Wahlquist's ex-husband Nick's net worth is around $40 Million as of 2019. He has accumulated this bulky amount from his multiple profession as an actor, director, and writer.

Former spouse, Cassavetes, has listed the 4,032-square feet home for sale, which is located in the Hollywood Hills in the Mt. Olympus neighborhood. After just three months on the market, he cut off the price of $400,000 of his Los Angeles home. He then relisted the house this week for $4,399,000, and it was initially valued at $4,799,000.

The director, who was born in New York City, kept the Hollywood estate on the market. He bought the property for $749,000 in 1998. In addition, the beautiful house consists of five bedrooms, four bathrooms, and more than 4,300 square feet on a lot of more than 20,000 square feet.