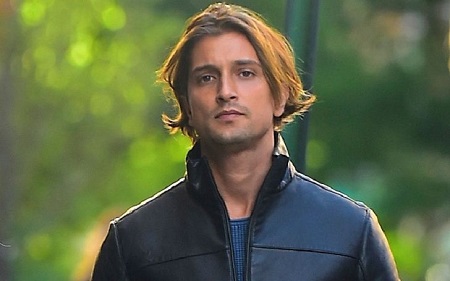 Hermann Nicoli is a Brazilian model and social media personality. However, he is probably best known for being the long term ex-partner of the South African model and philanthropist, Candice Swanepoel.

Does Hermann Nicoli Have a New Girlfriend in 2021?

Since his split from Candice, Hermann Nicoli's living his life away from the limelight. So because of his low ley life, there is no much information about his personal life in the media.

Nicoli does not really appear to be dating anyone at the moment when it comes to talking about his new love affairs. He's probably embracing his individuality in the best possible way. In addition, he is the doting father of two sons whom he loves very much.

Hermann and Candice Were Together For Over Decade

Yes, it's already over between them. 38, Nicoli and his long term girlfriend, Candice have already parted their ways after being together for about 12 years.

The Victoria's Secret supermodel Candice confirmed their break up through her social media account. In November 2018, she shared the snap of a heart with thorns saying: "It's over", on her official Instagram post.

In Instagram Stories Q&A with fans in mid-2019, she said that she was single without giving any more information about her romantic situation. Further, at that time, the low-key couple were seen unfollowing each other on social media.

Became Engaged After 10 Years Of Dating

Yeah, Hermann and Candice had committed themselves to enhance their relationship into the next doors after almost 10 years of a lovey-dovey love relationship. Finally, the couple announced their engagement in August 2015.

The France model popped the question to his sweetheart Swanepoel with the sparkling diamond ring. And she said Yes. Following their purpose, Swanepoel posted the video of two writing: " “My boyfriend forever” on her IG account.

They first met in Paris at a fashion event in 2005 when he was 23 and she was just 17. They officially started dating in May 2006 after a year of their first meeting. Nevertheless, the ex engaged duo spent their time together travelling to each other's home towns of Brazil or South Africa.

Throughout their 14-year relationship, Nicoli and his ex-girlfriend of 12 years Swanepoel were blessed with two children. Both of them are sons.

On  Wednesday, October 5 2016, they gave birth to their first child, a son Anaca Nicoli. The South African beauty announced this new via Instagram saying: " Life is sweet. 👶🏼Anacan (Anacã) 5th-October -2016". Before welcoming Anaca, she confirmed her pregnancy in March and had announced the sex of her baby in May.

How Much is Hermann Nicoli Net Worth?

The exact amount of Hermann Nicoli's net worth is still under review. But as per some sources, it is listed at around $1.5 Million, which he has accumulated from his modelling gigs. As per Erieri, the model earns BRL 54,324 a year or BRL 26 an hour in Brazil.

In addition, Nicoli rides two superbikes named KTM 1290 Super Duke R (cost about €18,290) and Buell EBR (cost about $14,000). Meanwhile, his ex-fiance, Candice Swanepoel holds an impressive net worth of $25 million in early 2021. Similarly, Elaine Irwin is another Model with a worth of $1 million.

Now, the 5 ft 9 in tall Swanepoel is regarded as one of the top-earning model's list. Further, she has appeared on International covers such as Vogue, Elle, Cosmopolitan, Marie Claire and other magazines. She was the Victoria's Secret Angel in 2010.

The 185 cm tall Hermann Nicoli was born on 8 July 1982 in Brazil as Hermann Nicoli Rosa. He spent his early days along with his two siblings named Gabi and Sabrina Nicoli. But his parent's name is not known to the media. So far, he holds Brazilian citizenship.