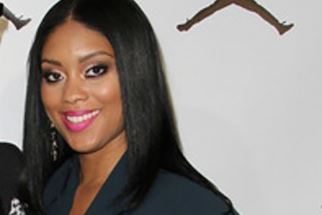 The NBA crazy fans must be familiar with the name Jada Crawley. She is the wife of NBA superstar Chris Paul. Her husband is one of the famous point gaurd in the NBA. He is also ranked among one of the highest-earning athletic along with Michael Jordan.

She was born on Feb 16, 1984, in Noth Carolina. She has completed her higher secondary from Mount Tabor School in Winston-Salem. Later on, she propelled her education and career at Wake Forest University where he meets her present husband. Scroll down to now how she meet with Paul, about their marriage and their incomes and earning.

The stunning beauty Jada is a married woman who walked down the aisle with the renowned NBA superstar Chris Paul on September 10, 2011. The love birds are together for more than a decade. And so far their marriage did not circulate around in any rumors regarding their separation and divorce.

On another hand, Jada's husband, her husband Chris Paul is a 10 time NBA All-Star winner and six-time NBA Steal Leader. He has played with the teams likes Los Angeles Clippers, Huston Rockets and New Orleans Hornets. Currently, he is with Oklahoma City Thunder. Scroll down to know more about their love story.

Jada and Chris has been a partner for around 40% of their life, which implies they've been together since their early twenties. Both Chris and Jada Crawley are from North Carolina. Chris spent high school at West Forsyth High School in Clemmons, North Carolina.

Meanwhile, Jada went to high school at Mount Tabor High School in Winston-Salem, North Carolina. Jada met his future spouse Chris Paul at Wake Forest University, where they both went to college. During that time they were just 18 years old and Chris played with the Demon Deacons while attending the Wake Forest College,

Later on, he was drafted fourth in the 2005 NBA draft upon graduation. Furthermore, while recalling their early love life, in one of an interview with Essence Jada husband Chris stated

"I do appreciate Jada; she's been there for the highs and downs," he said to Essence. "Basketball is not going to continue forever. Jada and I just enjoy having time with each other and will be together like we did since our early age."

Paul and Jada has been married for six years. He claims that Jada is his best mate, and they have two children together. Scroll down to know about their wedding ceremony.

Chris is a multi-millionaire sports player and it's no surprise that he has poured an enormous amount of money in his wedding ceremony. Jada and Chris got married at the Ballantyne Hotel and Lodge situated near Charlotte, North Carolina. Their wedding was lavish and every piece of decoration was shinning and significant.

Their wedding ceremony was attended by some of the big names in NBA like Ryan Gomes, Kenyan Martin and many more. Among every other guest, their son little Christopher Emmanuel Paul had also attended their wedding. At the time Little Chris was just was two years old.

On a special day, Jada dressed in a princess looking white gown. Her gown was looking stunning with her long tail veil. Meanwhile, her husband was ready to take wedding vows in his white coat and black pant along with a classic looking black pair of shoes.

Mother Of A Son & A Daughter

Jada and Chris Paul are the proud parents of two adorable children. The lovely pair welcomed their son, Christopher Emmanuel Paul, in May 2009. Chris Chris claimed on Twitter in 2011 that he lived much of his time in one location, but his son moves as much as other adults do.

So we can guess that Jada and her partner is engaged to give their son a better life. Later on, their family size got a bit bigger as the duo welcomed their second child as a daughter. The couple second child is a daughter Camryn Alexis Paul who was born on August 16th, 2012.

Being the wife of a Multi-millionaire player, life becomes pretty much easy. Similarly, their is no any hints about her employment and their are no reliable report on her net worth. Moreover, she is a housewife and raising two kids in her lavish residence

However, Jada husband earns jaw-dropping wealth through his profession. As per Spotarc, Paul has made more than $180 million in his basketball career, not including endorsement deals. He is eligible to sign a five-year deal worth in excess of $200 million with the Rockets this summer.

Moreover, he also receives an enormous amount of money through this sponsorship and endorsements deals. As he signed a contract with Nike he gained $8 million as well as he also receives millions of dollars from Walt Disney, just like to another NBA star Jordan Clarkson. Similarly, He was also spotted promoting brands like Panini, Spalding, State Farm.

According to TMZ Sports, Chris used to own Mansion worth $6.975 million which was located in Huston. Their residence consists of the 18,717-square-foot house has nine suites, 14 baths and a six-car driveway. This only happens to be on a Jack Nicklaus-designed golf course.

In addition to their assets, the couple also owns $11.5 million mansions near California. It has spread in 11,049 square foot/ 1.79 acres. Moreover, their dream come consists of features like It has six en-suite bedrooms and a guesthouse. The master suite boasts a small balcony, a spa-like shower, and four boutique-style walk closets.