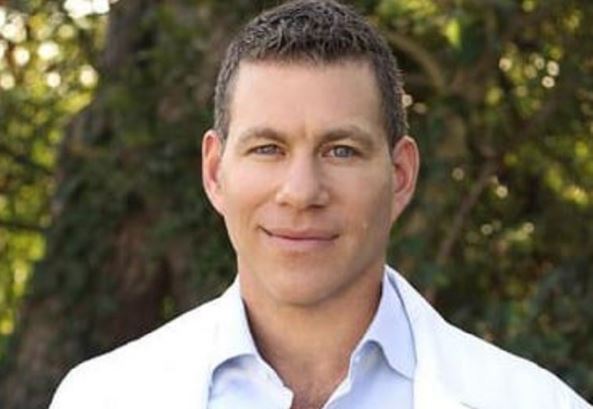 Jason Diamond is a Plastic surgeon, who has appeared in multiple TV shows including hit E! Network show, Dr. 90210. Moreover, he has also featured in various magazines such as Marie Claire, People Magzine, Vogue, and others.

Currently, the graduate of University of Rochester School of Medicine is working as Managing Director of American College of Surgeon.

Many people might be wondering about the veteran surgeon's relationship status well; he is a married man. He and his long-time girlfriend Jessica comb are in a marital relationship since 2006. The interesting fact is that his spouse is also in the same profession of medical health. She is a registered doctor and specialist in laser treatment.

The wedded couple was dating almost for three years before tying the knot. He usually posts his wife's photo on his Instagram account flaunting their resistant marital bond.

The blissfully married duo is celebrating their 13 years of their marriage. Within this long journey of love, they share two beautiful sons. The couple welcomed their first baby boy Jake Diamond on 8th February 2008 who is now 11 years old and is very active in playing sports.

The couple later welcomed their second son Jasper Diamond on 11 January 2011 who is now six years old. Jason spends most of the holiday with his kids. He frequently depicts his weekend photo with the sons and is very active on pampering his two kids.

The father of two sons seems very active when it comes to touring and visiting new and exciting places. Besides his busy schedule, he still manages time for his family as can be seen on his Instagram.

As he stated, almost in every family photo that "Family is everything." The family of four seems to travel a lot recently they are spotted in Montana skiing and having fun. Not only that, he himself has traveled to many destinations like Paris, Italy, and so on.

The Net Worth of a Plastic Surgeon

Being a famous surgeon Jason's salary is obviously in a very good number. His yearly remuneration falls between $324,006 and $480,893 as a surgeon. Besides that, he has his own surgical office in some of the biggest city in the world like; Dubai, New York, Moscow, and many more places.

With a wealth of around $4 million, he has been ranked in the list of top 20 richest plastic surgeon in the world. Similarly, Dr. Terry Dubrow, Dr. Garth Fisher, Dr. Kevin Sands, and Dr. Paul Nassif is also enlisted with a net worth of $30 million, $15 million, $20 million and $14 million respectively.

Also, he bags quite a fortune as a TV personality featuring in a various television reality show. Additionally, her wife is also a doctor; both combine a great cash flow to their bank balance.

Due to appearing in various TV shows he started gaining mass recognition. After that, he worked as a plastic surgeon for a variety of celebrity clients such as Lala Kent, Amber Rose, Chris Appleton, and Katy Perry.

He usually posts his work on social media which lead him to gain a massive fan following. He has offices in large cities like; New York City, Moscow, Beverly Hills, and Dubai, where he works as a reconstructive surgeon. Currently, he is currently residing in New York City with his wife and two beautiful sons.

Jason as a TV personality

In 2004, Jason appeared on the hit E! Network show, Dr. 90210 alongside with Dr. Robert Rey. He has reviewed various facial plastic surgery procedures for a variety of television and many printing publications.