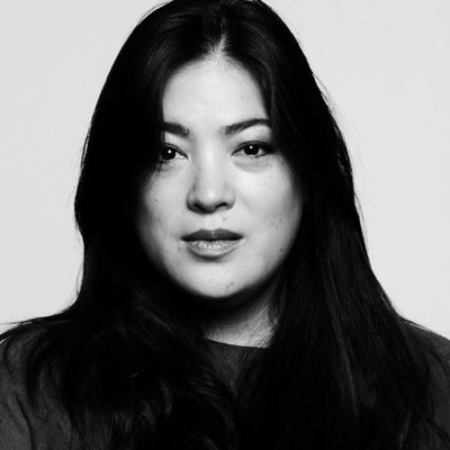 American journalist, Jay Newton-Small rose to fame as the co-founder and CEO of MemoryWell. She is also well known as the long-running Washington correspondent for Time Magazine and Bloomberg News. For her notable work, she earned the Everett McKinley Dirksen Award for distinguished reporting of Congress.

Jay was born as Jennifer S. Newton-Small in 1975, in New York, United States to Sue S. Tang (mother), and Graham Newton-Small (father). Moreover, she holds an American nationality, and her ethnicity is Asian-American. Recently, she appeared as a guest in the news talk show, MSNBC Live.

The 44-year-old correspondent, Newton-Small, is currently an unmarried woman. Despite being a popular TV personality, she isn't familiar with disclosing her intimate life in the media.

Jay is working successfully with her journalistic career from a very long time and desires to achieve her goals in her professional life. So, this might be the reason why she isn't linked to any relationships up until now.

How Rich Is Jay Newton-Small?

Jay Newton-Small has a net worth of $500 Thousand as of 2019. Newton-Small featured as a correspondent in the television news series, MSNBC Live, which discusses mostly current political events in the hourly telecast. Similarly, Courtney Hazlett is also working in the same news program.

She earns a fruitful salary from her profession as a prominent journalist. As of now, the average wage of a journalist in the United States is $45,845. On the other hand, Katy Tur is also earning a handsome remuneration from her reporting works.

Bloomberg News journalist, Newton-Small, wrote a book, Broad Influence: How Women Are Changing the Way America Works on 5th January 2016, which received four and a half stars out of five from 71 customer reviews.

This book is about the first female President of the U.S. and the 100th anniversary of the first lady elected to Congress, who changes the perspectives for women in the working field.

Active in the Field of News

The Columbia University graduate, Newton-Small, started her career as a reporter for the world's primary distributor of financial data and a top news provider of the 21st century's software company, Bloomberg. She worked there for more than four years, from 2003 to 2007.

Jay is currently working as a Washington correspondent for Time Magazine since June 2007. She, moreover, covered stories on five continents for the magazine from conflicts in the Middle East to the earthquake in Haiti to the Scottish independence movement. She also reported the news of the Charlie Hebdo and November 2015 terror attacks in Paris.

Newton-Small made her appearance in the television documentary, E! True Hollywood Story in 2011. She then appeared as a guest in the news talk show, Hardball with Chris Matthews from 2012 to 2016. She also starred in many TV shows, including CNN Saturday and CNN Newsroom.

After the death of her father with Alzheimer's disease, Jay co-founded a digital platform, MemoryWell, for older people. So, they can express their life stories with Denver Nicks and Steve Gettinger in 2016.

One of her foundation's goal is to draw out the memory in others of those whose remembrance failed by developing professionally-written profiles of individuals with dementia.

Newton-Small and her team also created a website of MemoryWell, where they claim stories from all over the world and engaging in a deep personality empathy.

Jay Newton-Small received many honors and achievements in her life. First and foremost, she received an honorary fellowship from the Harvard Institute of Politics as a fellow student in 2015.

The beautiful personality also received a Deadline Club award for community work, What It Takes to Forgive a Killer with Don Von Drehle and Maya Rhodan in Time Magazine in 2016. In the same year, she earned Everett McKinley Dirksen Award for her powerful reporting of Congress in Elle magazine.

Newton became a New America Fellow to explore Alzheimer's disease and End of Life Care through her notable book from 2016 to 2017. She also earned an honor, becoming an Incubator fellow of Halcyon House in 2017.