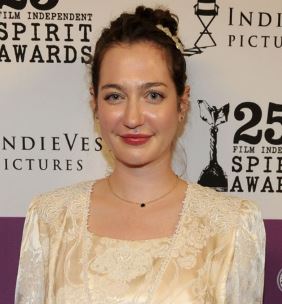 Jess Bond is a talented young woman who has been awarded multiple awards because of her dedication and discipline towards work. She is more famous for her work in the 2007 movie, Remember the Daze.

Bond was born on 13th June 1982 in Alexandria, Virginia, USA. She is a writer/director of the profession.

The beautiful American director was married to real estate businessman Jeffrey Yohai in 2013. They exchanged the vows in a private wedding ceremony attended by families and friends.

After dating for almost a year, the pair got engaged. During the time, Jess was a successful director while Jeffrey was a struggling businessman.

After four years of marriage citing some irreconcilable differences, they divorced in 2017. Moreover, the couple doesn't share any children from their marriage.

Who Is Jess Dating?

Jess is currently single as of now; it seems the director is busy with her rising career and in no hurry to bound in any romantic relationship.

Jess Bond was officially born as a Jess Manafort. Due to her father's conviction, she changed her last name both legally and professionally from Manafort to her mother's maiden name, Bond, in her early 20s.

''I would like my new name to be Jessica Anne Bond, in place of my present name.”

It might be interesting to know that Bond is Hess's mother's maiden name which she chooses to her last name only because she felt, ''it more closely suits her profession.''

Jess Bond, as a successful director, holds a net worth of $2 million as of 2019. Due to her various film being awarded she might have earned an additional amount, unlike another director/writer Lluis Quilez.

From her direction in the various movies, she might have bagged good amount of remuneration. According to some online source, the average salary of a director in the US is $130,291.

Apart from that, her father and mother are huge personalities. Her mother Kathleen Manafort's net worth $5 million while on the other hand, her father is a successful Lobbyist and Campaign manager who has the fortune of $48 Million. From which it is proved that she is living a very lavish lifestyle.

Years back, Jess, along with her parents, invested on her ex-spouse, Yohai's real estate business. Altogether, the three members invested around $4.7 million in the project.

Daughter of The Paul Manafort

Jess was raised by her two busy parents alongside her sister Andrea Manafort. Her father is American Lobbyist and Campaign manager, Paul Manafort while her mother Kathleen Manafort is a businesswoman, practicing lawyer and real estate agent.

Her parents were married in 1978 and are very supportive of her effort. Currently, they are residing in Southampton.

The director grew up with her one sibling in the historic Mount Vernon district. She studied in St. Mary's Elementary School, where she met her lifelong friend Caitlin Murphy who is also a filmmaker by profession.

The star received a recommendation from the legendary director Martin Scorsese which was based on a short film that she made in her high school days. Moreover, Bond directed the film Remember the Daze which was starred Leighton Meester, Amber Heard and Brie Larson in 2007. The film was premiered at the Los Angeles Film Festival under the title The Beautiful Ordinary in the same year.

Jess later directed her second feature film Rosy in 2018 which was written by herself, starring Stacy Martin and Nat Wolff. She has directed many music videos and short movies including the Funny or Dies cult hit Sad-Off.

Winning many awards while she was in her high school days, growing up Jess has won the Audience Award from her senior film Liminality and multiple Tisch awards and was showcased at The Director's Guild of America.

Jess was also awarded the Tisch Richard Vague & Chris Columbus Production Grand which was given only one alumnus a year. It was for her screenplay The Beautiful Ordinary and also was nominated for Outstanding Achievement in Casting for a Low Budget Feature. Later, her movie Rosy received Panavision Grant.