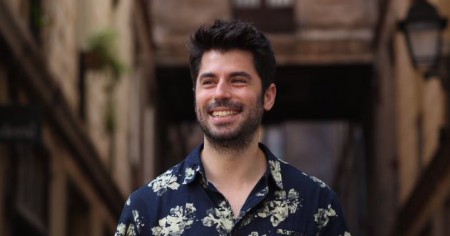 Who is Lluis Quilez?

Today, we are  going to talk about a Spanish director and writer, Lluis Quilez who became famous for directing short films “EL SIGUIENTE”, “AVATAR” and “YANINDARA”. For his work on these films, Lluis earned more than 130 awards. Pretty impressive isn't it?

Although the name Lluis Quilez is less familiar to the audiences of Hollywood, he is quite popular back in his hometown. Throughout his career, Quilez has maintained an impressive fortune and fame. So, let's know in full detail about Lluis Quilez.

Lluis Quilez was born on December 8, 1978, in Barcelona, Spain. As of 2019, he is 40 years old and his birth sign is Sagittarius. But, the details about his family background is unavailable. He grew up in Barcelona and graduated in film direction from the prestigious film school ESCAC (Higher Cinema and Audiovisual School of Catalonia).

Quilez began his career as assistant director to several short films, commercial and feature films. His directorial debut started with the short film “EL SIGUIENTE” (2004), which he also wrote, shot in 35mm. The film got selected by over 100 festivals, shown in twenty different countries and obtained 17 international awards.

His second short film, “AVATAR” (2005), was screened at the Festival de Sitges in 2005. The film went on to won 60 international prizes, including the Silver Méliès. Also, it was shortlisted for OSCAR 2007, The Academy of Motion Pictures and Sciences. Apart from directing Quilez is also interested in writing. To date, he has written two feature films, 72% and 'El ocupante'.

After his feature film debut, Lluis returned to short film. He directed a short film, "GRAFFITI" which he also produced through his company EUPHORIA PRODUCTIONS. The film won several prestigious awards winning the Silver Melies and was shortlisted for OSCAR 2017.

As Lluis Quilez is extremely private about his love life we have managed to dig some of the most important factors about his dating life. In detail if you want to know the relationship status of Lluis, we have some decent information. So, who is he dating currently? Is Quilez a married man?

To begin with his relationship status, Mr. Lluis Quilez is involved in an affair with a gorgeous woman named Sandra Soriano (30). It means Lluis has a girlfriend and he is quite happy about it. Well, Lluis and his girlfriend, Sandra have been together for over five years as of 2019. Lluis doesn't reveal much about his personal life, but his girlfriend has shared pictures which show their love for each other.

Lluis and Sandra is relishing their romantic relationship. The couple attended the premiere of Quilez's short film, GRAFFITI. Although they are together for long time, it is not known whether they are married or not. Let's hope Lluis and Sandra might soon be each other's husband and wife. For your information, there is one couple ex-couple in Hollywood who are famous for their union and they are Steven Seagal and Kelly LeBrock.

How much is Lluis Quilez's Net worth? How much does he earns? Well, to answer that question first we should know that Lluis is one of the most talented and creative directors in the indie film category in Spain. So, he might have a giant net worth, but the details about his exact earnings and net worth are unavailable.

As per sources, the average salary for films and commercial directors is around $120,000 annually. Hence, Lluis also might earn similarly. As of 2019, Quilez might have a net worth of over $2 million. Further, since 2009, Lluis has been directing commercials along with teaching and delivering lectures on film direction at the University.