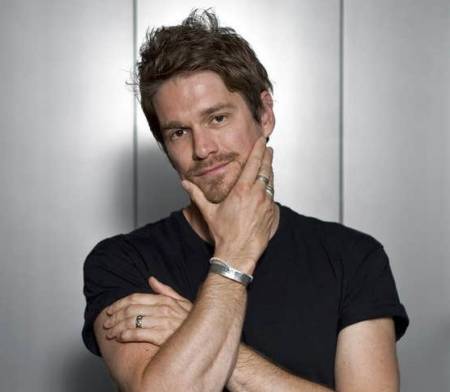 Who is Jesse Wood?

Jesse James Wood popularly known as Jesse Wood is a British musician and model. He is the son of The Rolling Stones musician Ronnie Wood. Currently, he is the bassist for Reef since 2014.

The bassist and guitarist, Jesse James Wood was born 30 October 1976, in Malibu, California. He is the half brother Leah Wood, Tyrone Wood, and Jamie Wood.

He studied at King's House School and Ibstock Place School in Roehampton, southwest London. Jesse was interested in music from an early age.

Jesse Wood is active in the field of music since 1988 and at the beginning of his career, he started playing with Glyda, The Leah Wood Band, The Ronnie Wood Band, Wills and the Willing, HOGG, and The Black Swan Effect.

With his musical talent, he is able to win millions of fans throughout the world. In 2010, he started as a band member of Carbon/Silicon. Later he joined his friends John Hogg and Sean Genockey, as bassist in the band RedRacer but left the band to join Reef in 2014.

Apart from his musical career, he is also a model as he has modeled for Yohji Yamamoto and Liam Gallagher's Pretty Green Label. Furthermore, Jesse was also featured in the British GQ's My Style Page in December in 2014.

Jesse also has a successful personal life. Jesse Wood is married to Fearne Cotton since July 4, 2014. The couple is happily living in a marital relationship and is blessed with two adorable children, Rex Rayne Wood, and Honey Krissy Wood.

Prior to his marriage with Fearne, he was married to Tilly Wood in 2003. However, after being together for about eight years, the couple called it off. The former couple are parents of two children, Lola Wood, and Arthur Wood.

In a recent interview, Fearne spoke about the ups and downs in the relationship that they are going through.

She tells that it's not easy to be in a marriage relationship however, she still says 'I adore and love them more than everything'.

She further added, "People think that I live in the public eye, we have a perfect life. But I have two kids and, and two-step kids, so it's a busy life. Of course, there's going to be arguments".

Despite her woes, she confessed that she still feels happy.

Jesse has surely accumulated a huge amount of net worth from his profession as a musician and a model as well. However, his exact salary and net worth are still under review as of 2019.

We believe the multi-talented personality lives a luxurious life along with his wife and children. No doubt he is worth in a million. He earns a decent amount from his music career as well as a model.

The handsome hunk Jesse stands at a height of 6 feet 1 inch weighing around 90 kg. James has brown hair and a brown pair of eyes. Furthermore, he wears the shoe size 9 US.