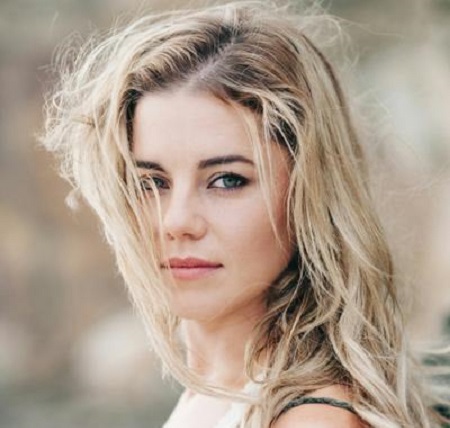 Have you ever watched the TV series Home and Away? If yes you are familiar with the name Jessica Grace Smith who played the regular character of Denny Miller from 2014 to 2015. She is a New Zealand actress, writer and as well as director.

Along with television series, she starred in several films such as Sione's 2: Unfinished Business and The Devil's Rock. Today let's grab more information about her in the following sections.

New Zealand actress, Jessica Grace, aged 31, is a married woman. She has been living a happy and healthy marital life with her love of life, Benedict Wall.

Smith met her husband Wall in 2010 at a dinner party in Auckland, New Zealand. After starting a love affair in around 2012, they moved to Australia to pursue their acting work together.

Within months of dating, Jess gushed to her momma saying, "Oh my God, Mum! He's the one!". Thus, it's been a decade since the couple happily enjoyed their unity.

After eight years of dating, the former Home and Away stars Jessica and Benedict formally became husband and wife. Benedict romantically popped the question to his beautiful girlfriend Jessica in late 2019 and announced their engagement.

They exchanged the wedding vows on March 2, 2020, in a private New Zealand ceremony. The newlyweds announced their big day news sharing their nuptials photos through their respective Instagram post.

Who is Benedict Wall?

Wall, born on 17 June 1984 is a New Zealand film, theatre and TV actor. At first, he came to fame after playing the role of Owen Sutherland in soap opera Shortland Street in 2011.

His other TV credits include The Amazing Extraordinary Friends, John Safran's Race Relations, Underbelly: Badness, Brock, Operation Buffalo, etc. Also, he featured as Duncan Stewart in Home and Away in 2016.

What is Jessica's Net Worth?

Jessica Smith is a famous actress who has a net worth of $800 thousand as of 2020. She has been making a good amount of money for more than a decade now in the media industry. Most of her wealth is thanks to her successful acting work.

As per her salary, Smith has an estimated annual salary of $50 thousand for her every performance. To date, she has played in numerous series and supposedly bagged a handful of cash. However, her hit role came when she acted in Home and Away on the Seven Network, released on 17 January 1988.

In the series, she shares the screen with many popular stars like Scott Lee, Luke Bracey, Eliza Scanlen, and among others. Her other TV works include Diagnosis: Death, The Almighty Johnsons, Spartacus: Gods of the Arena, The Devil's Rock, Sione's 2: Unfinished Business, Westside, etc.

She was born on November 27, 1988, in Dannevirke, New Zealand. Her parents' and siblings name is still under the radar. So far, she studied at the New Zealand Drama School where she received a Bachelor of Performing Arts majoring in Acting.