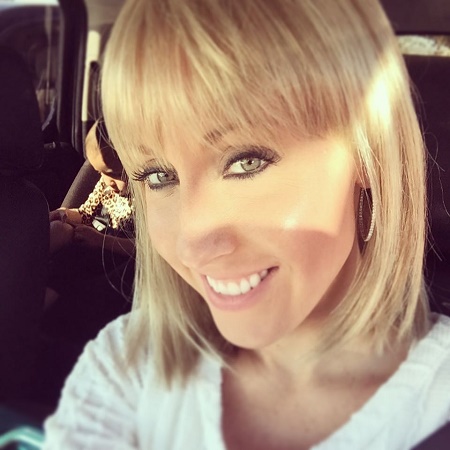 A lot of people are getting into the stardom or making headlines because they're associated with superstars or celebrities. This is the same with Jessie Moses, who became famous because of her long-term boyfriend and fiance, Jon Jones, the MMA fighter and Champion.

The American celebrity wife was born on the 12th of September 1987 in Endicott, New York, USA, to the mother, Sheila Ryan. Further, she is an American by citizenship. She attended the Endicott High School in Binghamton, New York, for her education and graduated with a degree in political science from Broome Community College in 2009.

Announced an Engagement in 2018

They finally took their dating to a more severe level and became engaged in 2013. On April 1, 2013, Easter, the former UFC Lightweight Champion posted a photo of their engagement on the Twitter page. He tweeted, "Feels so good right now! Ready to man up!!".

Are Moses and Jones Married Couple?

Yes, man people believe Jessie is Jon Jones Wife because they stay together for over a decade, but they are not yet married. Until now, there have been no announcements about the wedding date on media or public.

In 2018, Jones called Moses his wife during a recent Instagram spat with his longtime for Daniel Cormier. Additionally, he said Moses is undoubtedly a considerable percentage of his success. He has also thanked Jessie's mum for helping to change his mindset that leads to his victory at UFC.

"She was the first person that really taught me how to believe more and be confident and focus on your mind and your thoughts,.

So far, the couple is still going strong, and their relationship has grown stronger with each passing day.

Mother of His Three Children

The 32 years old Jessie is blessed with three beautiful daughters with her partner, Jones, She became pregnant with her first child while still a student, and later on, 11th July 2008 gave birth to the beautiful Leah Jones.

In December 2009, the unmarried couple gave birth to their second daughter, Carmen Nicole Jones. Jessie's daughter Carmen was named after the death of Jon's sister named Carmen Jones, who died of brain cancer while still young.

Their third daughter Olivia Haven Jones was on March 4th, 2013. The proud father has admitted it's hard being away from his children. Being a professional athlete, the 6 ft 3 in the tall star has spent a lot of time away from his family and has not even seen his kids for two weeks. He explained how much he missed them:

“They change so much in that short amount of time. We Skype every day. I make funny videos for them to see daddy.”

American mixed martial artist, Jon also has another 11-year-old daughter from his previous affair. This revelation returned during a sit-down interview with UFC enthusiast, Joe Rogan, in 2016. So far, Moses also close to her stepdaughter, whose identity is unknown.

Although Jessie Moses has no career at the moment, she has been a part of her successful career partner since the very beginning. For now, she is a housewife who gains insight into her lifestyle by examining Jon’s wealth.

Her fiance, Jon "Bones" Jones, also known as Jonathan Dwight Jones is listed on top 20 richest MMA Fighters in the World. As of 2020, Jones holds $10 million net worth throughout his substantial work. His earnings derive from his immensely comes from as a light heavyweight champion and wrestling.

Jon said he had $8 million net worth on Twitter as per Express, despite many issues during his UFC years. Mention to that, thanks to some of the significant UFC fights, he has also picked up earnings of $500,000 many times.

On August 8, 2012, Jon winner of the USKBA Light Heavyweight Championship sponsored on international scales in Nike. He has also served the American sports-themed water and health goods maker, such as Gatorade and MuscleTech, in the Octagon.

Jonathan revealed on 16 December 2014 that he has signed a sponsorship deal with Reebok. But it was taken away after a year because of an indiscretion. He further lost his sponsorship with MuscleTech, as well.