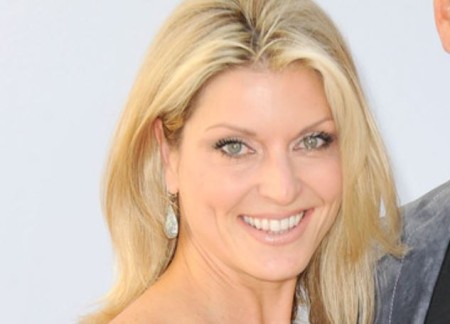 While some actors after marriage manage to thrive in their professional career, some actors put a halt to give time to their family. Likewise, former actress, Jill Murray left her successful television career to raise her kids. She was one of the most sought tv actresses back in the 70s. Murray is best known for playing the character of Dr Melanie in the ABC's soap opera, Port Charles.

Murray appeared in the 2000 film, Only in L.A. and the 2001 tv series, Black Scorpion. She can be seen accompanying her voice-over/actor husband, Nolan North on different occasions. However, Murray rarely makes any public appearances and is not active on any social media platforms.

The beautiful Jill Murray married her fellow Port Charles actor, Nolan North on June 4, 1999. The couple first met on the set and soon began dating. Their fellow cast members were present on their wedding day. Murray and North have been together for over 21 years as of 2020.

The pair has two lovely children whose identity remains behind the spotlight. Murray completely left her acting career after the birth of her second child. Besides, she worked as a voice-over actor as well. At present, the family of four reside in Los Angeles.

When we say the leader of the gaming industry, Jill's husband is not some techy businessman or investor. Nolan North is a voice, animation and live-animation actor who is said to be the leading voice of video games. Well, North has over 300 acting credits in his name.

Nolan is best known for his characters like Nathan Drake (Uncharted series), Desmond Miles (Assassin's Creed), the penguin (Batman: Arkham), and Deadpool. Likewise, he has appeared as Dr Edward Richthofen in the Call of Duty's zombies' video game series.

Yes, Nolan wouldn't have been in his current position if it weren't for his wife's advice. While they were working together on Port Charles, Nolan wanted to explore new things. However, he was clueless until Jill suggested him to try voice-acting.

In 1999, he lent his voice for a character called, Hinkley in a vehicular combat video game called, Interstate '82. Since then, he has never looked back. Some of his notable performances in animation are Ben 10, Wolverine and the X-men, Young Justice, Rick and Morty, Star Trek: Lower Decks, etc.

As a celebrity wife, Jill Murray enjoys her husband's wealth. Her spouse, Nolan, has a net worth of $2 million as per celebritynetworth. Likewise, his salary as a voice-actor ranges somewhere between $24,322-$75,323. North has even earned a BAFTA award for his work on video games.

Throughout his career, North has received wide acclaim for his performances. Some of his movies, like The Spiderwick Chronicles and Star Trek Into Darkness, collected an excellent revenue at the Box-Office. Like North, Seth MacFarlane is also a voice actor but has a huge fortune.