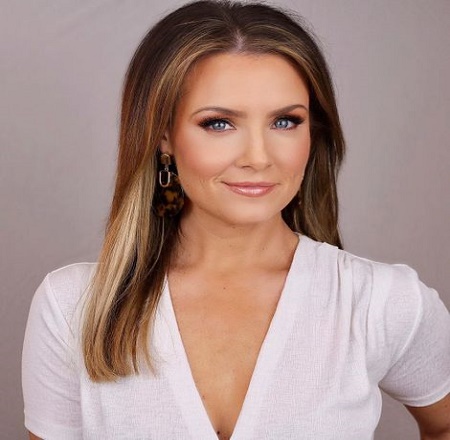 Emmy Award-winning journalist Jillian Mele is one of the famous names in the American sportscaster who is currently serving at Fox News Channel as a news anchor. She is best known for co-hosting Fox & Friends First (weekdays 5-6 AM/ET).

Jillian Mele is not married as of now and is likely to be a single woman. The stunning host has effectively kept her personal life private, and there are no references at the moment to her possible romantic connections.

In 2013, Mele, however, shared a glimpse of her mystery boyfriend via tweets. The 37-years-old anchor announced on April 15, 2013, that her boyfriend was living near the bombing in Boston and also said after the Boston marathon explosion, he was all right.

Again on May 24, 2016, she tweeted about her love life and said she was going to be busy with her boyfriend having a drink. Afterward, she hasn't posted anything about the mystery man in any social profiles, and many assumed they might be broken up. However, an official confirmation is yet to come from Jillian side.

Fox News anchor is an avid dog lover and enjoying the company of her beloved dog, Corgi. So far, she often shares adorable pictures with her pet and called Corgi one of the vital parts of her life.

Other than posting pictures of her dog, Jillian also posts pictures with her co-workers, friends, and family members. Added to that, she also teases her fans an followers with exotic vacation posts.

What is Jillian Mele's Net Worth and Salary?

Jillian Mele is an American news television anchor who has a net worth of $1 Million as of 2019. She makes a significant part of her income or earnings as a TV reporter. Also, American journalists like Anne Thompson and Elise Jordan made a huge amount of sum from journalism careers.

Mele is now serving as a TV anchor for Fox News for two years. According to Payscale, she is entitled to an average wage of $71 thousand, where the news anchor's FOX News pay package varies from $35 thousand to $172 thousand.

Furthermore, she has worked with famous TV reporters, including Heather Childers, Carley Shimkus, Tracee Carrasco, Jackie Ibanez, and others. Now, Jillian Mele resides inexpensive and well-decorated house which is located in Philadelphia.

Upon her graduation from La Salle University, Jillian Mele began her career as an intern in Philadelphia's Comcast Sports Net. She then continued to act as the co-host of Binghamton's evening news and served as a reporter.

Later, Mele joined NBC10 in October 2007 and spent seven long years as a reporter in the sports section. The same year, she covered destructive floods and received appreciation from everywhere. Mele, however, started receiving recognization after joining Fox News on April 2017. She reported on news headlines and contributed to daily segments for the morning show for Fox & Friends along with Rob Schmitt.