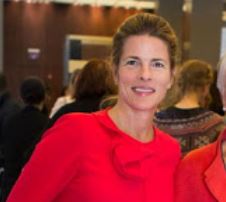 Joanna Heimbold is a popular American actress who has appeared in 2007's critically acclaimed movie, The Nanny Diaries as Glamour Mom. Further, her other film credits include The Sex Monster (1999) and Dear God (1996).

The famous actress, Joanna, was born as Joanna Maria Heimbold in the USA. Likewise, her ethnic background is white and she holds an American nationality. If you are curious to know about her personal life, then read the article until the end.

Is Joanna Currently in a Relationship?

Joanna is currently a divorced woman as of 2020, and she is not dating any men at the moment. Well, she has been divorced with two men until now. Her first husband was Richard Cox who is an American actor known for Cruising and Bosch where he starred alongside Madison Lintz.

The ex-couple tied the wedding knot on 12 February 1994 in an intimate marriage ceremony. Later, the couple secretly parted their ways, and they have been tight-lipped concerning the reason for their divorce. After separating from Richard, Joanna took time to find love again.

After four years, Joanna found love in Titus Welliver. In 1998, the couple exchanged wedding vows with each other. On the other hand, Richard wedded Sarah Boucher and shared 2 children with her.

Well, her second husband, Titus, is an actor by profession and known for his appearance in movies such as Lost and Deadwood.

Like her first marriage, her relation didn't go well with Titus, and they divorced after six years of togetherness. To be exact, they divorced in 2004.

As a matter of fact, her ex-husband, Titus, has been married five times in his lifetime. After the split with Joanna, Titus went on to have a couple of relationship. From Heather Wielandt to Dani Sexton.

His wife Elizabeth W. Alexander died from breast cancer in 2012. Titus tied the wedding knot with Jose Stemkens on April 10, 2014, and they share one child. The couple also recently separated on April 3, 2019.

Joanna does not share any kids with her first husband; however, she does share two children with her second spouse, Titus. The duo welcomed their first child on 20 May 1999 named Eamonn Lorcan Charles Welliver. His age is 21 years old as of 2020.

The pair gave birth to their second offspring, a son named Quinn Welliver in 2002. Currently, he is 18 years old and appeared in the movie, Bosch alongside his father. Even though she and Titus are divorced, they are in good terms and co-parenting their children well.

How Much Does Joanna Heimbold's Earns?

As an actress, Joanna is earning a lucrative sum of money. According to Salary, the average income of a performer/actress/actor is around $56,901 as of 2020. Without a doubt, she must be earning over $80,000 as an experienced and popular actress. She has appeared in three movies and 2 TV series until now.

The Nanny Diaries where she appeared alongside Scarlett Johanson earned $47,817,020 worldwide. Surely, she must have bagged a hefty wage from it. Besides, she has also appeared in popular TV series, Law & Order along with Dennis Radesky.

She must have won compensation money via a divorce with Titus. So, Heimbold's net worth is around $1 Million as of 2020. Her ex-husband, Titus, is $4 Million.