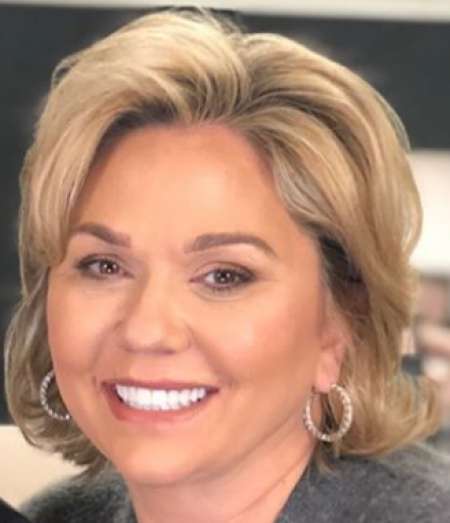 Who is Julie Chrisley?

Chrisley family is not a new name in the world of the American reality show. Here, we bring you the biopic of the reality star, Julie Chrisley who is most famous as the ex-wife of Todd Chrisley, an American Businessperson.

Julie was born on January 9, 1973, in South Carolina. She holds an American nationality and belongs to white ethnicity. Her father was a Baptist minister father whereas mother, a former Miss South Carolina.

Julie grew up in a simple family and had a miserable childhood when her brother Harvey Hughes III took his life. Further, she claims to do menial paying jobs while she was young.

Julie came into the spotlight after she met her husband. The couple further went on to garner fame and prosperity.

Julie has always been a part of controversy regarding her marriage and relationships. She had a secret marriage with a young man named Kenneth Wayne Childress. At that time, Childress was 24 while Julie was 18.

However, the couple could not stay together due to their immaturity and parted their ways. Sadly, her former husband Kenneth who worked as a pipefitter and a motorcycle enthusiast recently passed away.

After the unsuccessful marriage, Julie started to date Todd Chrisley. Eventually, the couple tied the knot on May 25, 1996. The husband-wife were blessed with their first child Chase Chrisley on June 1, 1996, Savannah Chrisley was born on August 11, 1997, and the youngest member Grayson Chrisley was born May 16, 2006.

Besides, Julie confessed Todd about her marriage with Childress. Since then the couple hardly stays together. Additionally, sources even claim that the husband-wife pair barely communicate with each other.

Similarly, Todd and Julie maintain the "Perfect Family" for their reality show, however,  deep down the couple is not at all in bliss.

Apart from her relationships, Julie was diagnosed with breast cancer in 2012; meanwhile, she had to go for mastectomy. Luckily, she is cancer-free now and is much devoted towards cancer awareness and supports for its cure.

Julie earns quite decently from her career, and she receives a good amount of salary from her works. As of now, she earns a remuneration of over $260,000 annually,

Further, Chrisley has involved herself in philanthropic works. She also raises aids for cancer awareness. Likewise, she has a net worth of over $3 million.

Julie stands at a height of over 168 cm & weighs over 61 kg. Similarly, her eyes are brown in color and possess blonde hair.

Julie Chrisley has mass followers on her social media page. She has over 457k fans on her Facebook page. Similarly, her Instagram has over 711k followers. And she handles a fanbase of over 199k on her Twitter profile.