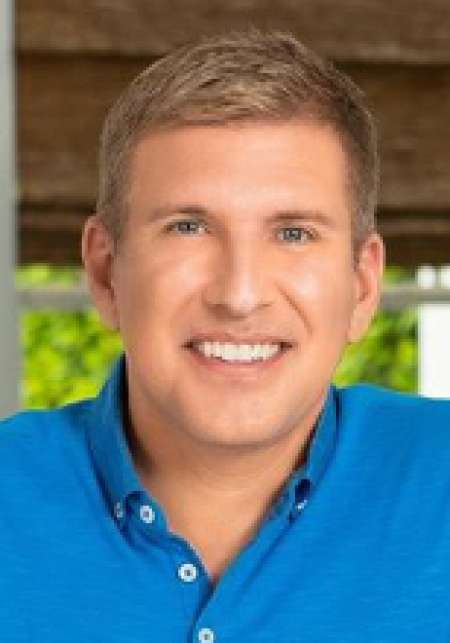 Who is Todd Chrisley?

If you're a reality show fan, you've landed at the right page. Here we bring you about the celebrity star and real estate business mogul Todd Chrisley life and marital affair. Yes, the same Todd from the reality show Chrisley Knows Best.

Todd was born on April 6, 1969. As of now, he is 50 years of age. Todd holds an American nationality and belongs to white ethnicity.

Likewise, Todd was born in Georgia and raised in South Carolina. He worked as a petty real estate agent during his initial days. Further, his handwork made him built his enterprise, 'Chrisley & Company.'  Moreover, he got involved with media house production and asset management.

Chrisley's access to the media enabled him to launch his reality series "Chrisley Knows Best" in 2014. The show ran till 2019 with seven seasons. Similarly, Todd has included all his family in the series which broadcasts their day to day life

Todd has also been through ups and downs in his married life. Chrisley was previously married to Teresa Terry. However, nothing about their dating or relationship has been divulged to the media. Terry and Chrisley shared two children from their marriage.

Son Kyle Chrisley and daughter Lindsie Chrisley were born from their union. Unfortunately, the pair could not stay together further parting their way into a separation. The couple divorced was legally finalized in 1996.

Following to his broken marriage with Terry, he tied the knot with Julie Chrisley on 25 May 1996. The couple knew each other since the early '90s. Eventually, the couple started dating soon after Todd divorce.

The pair welcomed son Chase Chrisley on June 1, 1996, the second child Savannah Chrisley was born on August 11, 1997, and the third son Grayson Chrisley was born May 16, 2006. But there was a big contrast in Todd's wife Julie's life. Her secret marriage brought a big controversy in the family.

Prior to her marriage with Todd, Julie was secretly married to a man named Kenneth Wayne Childress who worked as a pipefitter. Similarly, she and her former husband had a valid marriage license from Oconee County, South Carolina. At that time, Julie was 18 while Kenneth was 24.

Unfortunately, the marriage could not last long. Apart from that, Kenneth recently passed away on November 27, 2012.

However, Todd filed a bankruptcy case of over $45 million and recorded a debt of over $50 million with minimal $42 million in asset and $55 million bank account. Despite that, Chrisley lives in a $2 million mansion spends $30,000 annually only in clothing.

Chrisley stands at a height of over 185 cm and weighs over 78 kg. He has blonde hair and blue color eyes.

Todd has utilized the social media profile. He has a follower of over 1.8 million on his Instagram page and over 386k followers on Twitter.